We Finish Off our Small-Block Buildup With Heads, Intake, and a Dyno Test. 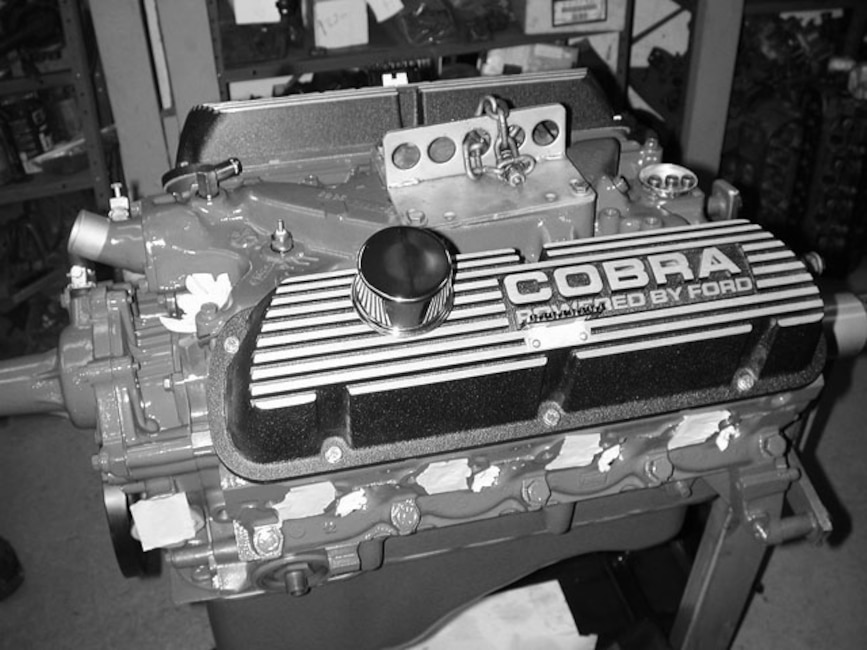 She's not pretty just yet, but our completed 289 is ready for the dyno. After A&S Motorsports finishes twisting our 289 to the top of the tach, we'll truck our new engine back to the Mustang Monthly tech shop where we'll detail it for our '66 hardtop. Tune in for that story and more on the '66 in coming issues. 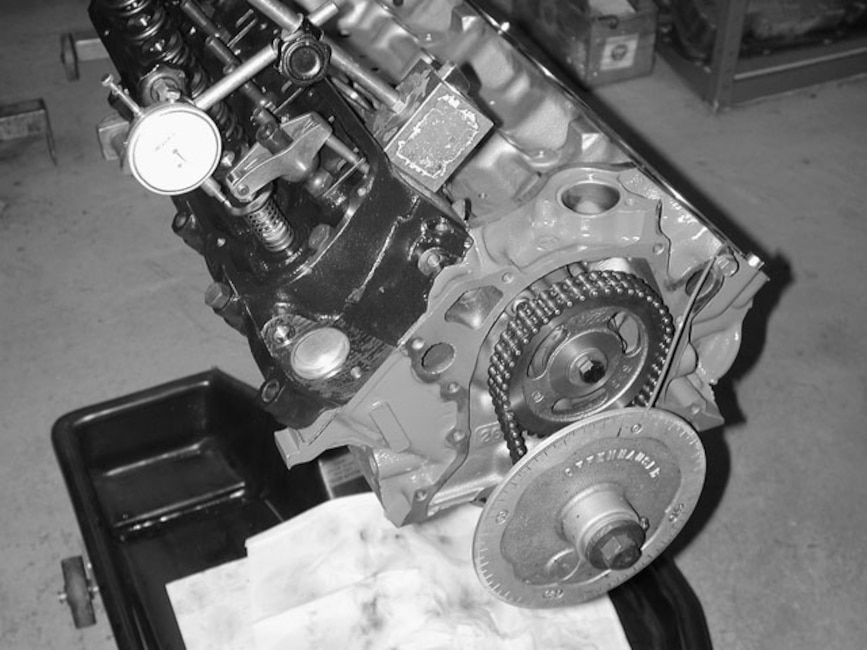 1 When we last visited John Douglas and our 289, we had a stout short-block waiting for some equally promising top-end parts. In the interim, we sent our factory original 4V intake and reproduction Hi-Po manifolds to Extrude Hone for its Abrasive Flow Media process. AFM ported and polished the inside of the manifold passages without having to dissect or cut open the castings, perfect for our "hidden horsepower" theme. Here, John started building our top end by checking piston-to-valve clearance, then he degreed in our Comp Cams roller cam using checking springs on the intake and exhaust valves of the No.1 cylinder.

Getting the 289 together for our project car has given us a much needed boost of enthusiasm. While you're reading this second part of the engine buildup in early 2004, due to editorial lead times we're tapping away at the keyboard in November. We've completed the drivetrain installation, and the car is almost complete. Barring any major setbacks, our project should be running by the end of 2003 and any bugs worked out in plenty of time for a debut at the big 40th Anniversary bash in Nashville.

In last month's first half of the buildup, we discussed building a strong foundation, and showed you the parts and assembly of the "short-block" package. After a few weeks of scheduling difficulties, we were able to get back to John Douglas' place and complete our buildup into a "long-block" that would be ready for the A&S Motorsports dyno. Our long-block buildup utilizes the CNC-modified cylinder-head castings from Power Heads, valvetrain components from Competition Cams, and an Extrude Honed factory 4V intake. Arriving just in time for our dyno session, we also used a show-ready Autolite 4100 from Pony Carburetors, modified to complement our engine specs, and an Autolite distributor restored by Mike Ulrey, which was fitted with a PerTronix Ignitor (from National Parts Depot) and a custom advance curve.

Take a look at our small-block beauty and tune in for our next Project '66 article in which we'll detail our 289 to make the Mustang Club of America nod in approval. 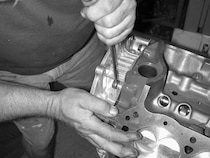 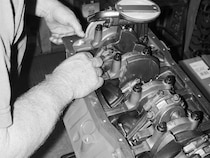 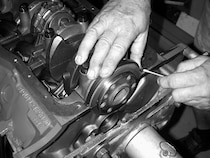 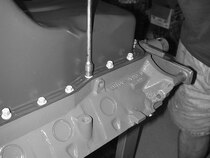 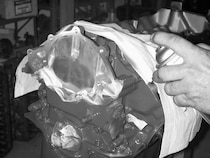 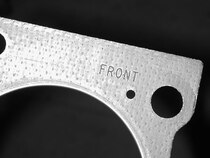 Mike Ulrey has been restoring Ford distributors, Ford Holley carburetors, fuel pumps, and Top Loader four-speeds for the better part of 20 years and is well known in the hobby. We sent Mike a PerTronix, cap, rotor, and other small hardware from NPD. Our restored distributor showed up just in time for dyno-testing. Mike's distributors are curved for the engine specs and are completely rebushed, cleaned, painted, and ready to go.

The Dyno Test
I've been involved in dozens of engine and chassis dyno tests over the years. But while I've seen my share of broken parts, dyno mishaps, and poor performance results, they've always been on someone else's engine. This is the first time I've been in the dyno room with my own engine bolted to the water brake. To say I was a bit nervous isn't far from the truth. Will it break? Will it be down on power? Will there be some gremlin that prevents us from making a full pull? All the dyno tests of the past flooded through my brain. Did we gap the plugs right? Did we get the right oil? Is the carburetor set right? I was starting to sweat.

With John doing the safety checks in the dyno room, his partner, Gil Alfaro, manned the controls on the other side of the glass. With a couple of pulls on the carb linkage by John, then a "thumbs-up," Gil lit the fuse and, after two quick pops through the carburetor, the 289 barked its presence to the world. While the 289 was breaking in and warming up, John checked and set the timing, and made sure everything was good to go for our power pulls.

When we showed up at A&S Motorsports for our dyno session, the 289 was already bolted to the dyno stand waiting for spark plugs, oil, and a restored distributor. John already had our restored and modified Autolite 4100 Pony carburetor in place (more on this when we detail our engine). After screwing on the filter and dropping 5 quarts of dinosaur juice in the 289, John primed the engine with a drill motor.

The first test went to 6,000 rpm. It resulted in some dismal numbers due to miscommunication about the amount of advance in our new distributor. After setting the initial timing to give us a true total advance of 36 degrees, the little 289 really woke up. Our second and third pulls netted 278 hp at just over 6,000 rpm with a nice, flat torque band from 3,200 through 5,800 rpm. We wanted to break the Hi-Po power number (271 hp), and we did. Sure, it would be nice to make more power, but realizing this is a show vehicle (that's also quite light), this nearly 300hp 289 will surely make our hardtop scoot.

Pentium Porting
It's the 21st century, and some things still haven't changed. For instance, the majority of cylinder-head modifications are still carried out with a carbide cutter and sanding rolls in a performance machine shop. This manual operation is time consuming and a dirty job. About 10 years ago, with the advent of Computer Numeric Controlled (CNC) machinery and computer automation, some ingenious hot-rodder stuck a set of cylinder heads into a CNC machine, programmed a cutting table, and watched as this wondrous machine whittled away power-robbing sections of the cylinder head.

Power Heads has been successful with all kinds of Ford cylinder heads, both old and new. It can run its CNC program on vintage castings (or any Ford casting) to increase airflow and performance.

Power Heads' vintage 289 castings, like the ones we used, come fully assembled with performance valvesprings, 1.94-intake and 1.60-exhaust valves, hardened exhaust seats, and screw-in studs for an adjustable valvetrain. Basically, it's everything you want to do to your vintage cylinder heads for the rock-bottom price of $795 a pair. Power Heads set us up with its standard 289 cylinder head package, which included gasket-matching the ports and hand-blending the openings.