Wayne Cook
September 1, 2007
Set on a dolly, this is what the new Dynacorn body looks like right out of the packing crate. Although it arrived with a fresh coat of primer, Autoworks sent the body shell out to be media-blasted and then coated with a special two-part epoxy primer.

When the new Dynacorn '67 Mustang replacement body shell arrived at Autoworks International, there was great interest and excitement as it became clear the newly introduced piece is a terrific product. With the Dynacorn shell, we get a chance to build what is essentially a new '67-'68 Mustang fastback any way we like. The Dynacorn body is an excellent basis for almost any classic-Mustang project for several reasons in addition to being perfectly clean and straight.

When we compared the new Dynacorn shell to a stock '67 Mustang fastback body shell in our July issue ("Revolutionary Replacement"), we discovered the new body shell had been reinforced in a number of significant ways. These improvements are especially important for those planning on a big-block engine or some sort of performance driving (autocross, road race, or drag racing).

First, the underbody torque boxes from the '68 convertible are incorporated into the new body on both sides. In addition, there is a robust seat pan, also borrowed from the convertible body style, which spans the width of the floorpan for greatly improved rigidity. Also in the new body are big-block-style shock towers patterned after those in the '69 Cobra Jet Mustang. They feature layered-steel reinforcement jacketing the base of the tower. The new body also has thicker sheetmetal in many places.

Autoworks will use a whole array of aftermarket products in the construction of this Mustang project. Although the company won't disclose its plans for the whole length of the project just yet (this is being filmed for SPEED's Chop Cut Rebuild, and we can't say too much until the episodes start airing), we do know plans include both a front and rear suspension from RRS.

Let's check in on the project to see how it's going and what has been completed so far in our quest to build a complete Mustang from a Dynacorn replacement body.

The Fork In The Road
In a project like this one, an important choice has to be made early in the decision process. Will the finished car feature the most advanced in aftermarket offerings, or will it adhere to a theme of originality in design and equipment-or something in between? This decision will affect not only vehicle performance, but also impact the cost of the project overall. Whether your selections are directed by cost or by choice, we thought it would be interesting to see how much the two pathways diverged in terms of expense.

In this short space, we can't account for every clip and washer needed to assemble the Dynacorn body into a complete car. However, we can make a general comparison to give you an idea of how expensive some of the major component choices will be as we go along. Let's compare the two different strategies for this month's suspension installation. The stock components we chose were new, and the prices quoted are from popular suppliers. The modified side of the table reflects the price of what actually went onto the Dynacorn body and 8-inch rear axle.

We plan to keep a running tab of the Dynacorn buildup with updated project costs on each portion of the build we cover. But remember, this particular car is being built as a show-stopping SEMA car, so it's getting the best of everything, and the price to build it will be much higher than for someone using the Dynacorn body for a mild restomod or as a true replacement for their own rusty fastback. So don't let the final costs scare you out of building your own Dynacorn fastback; we're sure it can be done for much less. 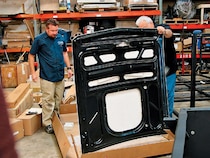 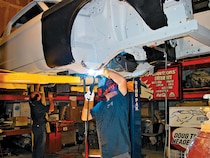 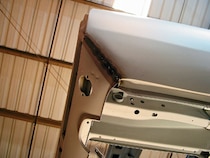 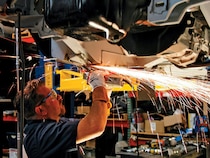 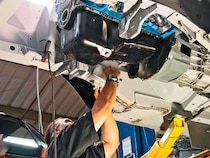 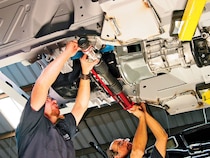