You want wider tires? Goodmark's new wheeltubs for early Mustangs are the answer. 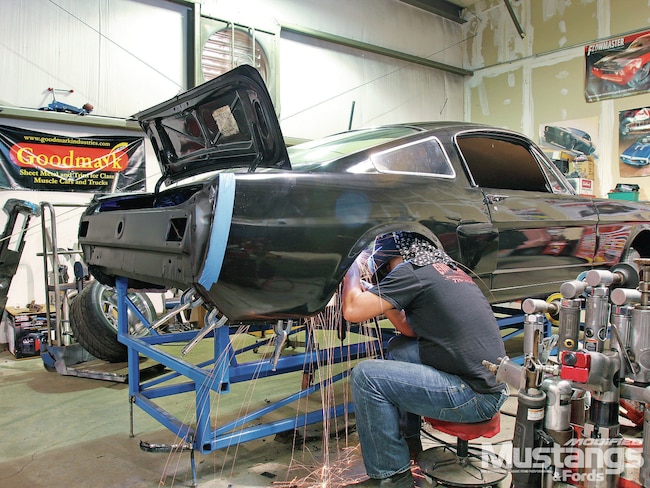 Since the first Mustang spun its wheels, we have been looking to stuff more rubber beneath our cars, and while we waited for tire technology to catch up, Ford slowly opened the wheelwells of the Mustangs to accommodate increased tire sizes.

Unless you're at a concours restoration show, the old 14x5 wheels are simply in the minority these days, and while the tire and wheel sizes have grown, the Mustang's hindquarters have remained as Ford intended them, until now.

Goodmark Industries, with the help of Graverobbers Sheetmetal, now offers a solution to Mustang owners that are looking to stuff some larger wheel/tire combinations under their cars.

The new inner wheeltubs fit '64-'70 Mustangs and retail for $149.95 a side. Part numbers 3020/670/64WL and 3020/670/64WR cover the left and right sides and offer up to 13 inches of clearance from the inner fenderwell to the lip of the quarter-panel, depending on model year. Chances are, the limiting factor to wheel width will be your suspension components.

The first part of the day was spent assessing the quality of the existing metal, as there are a lot of panels that attach to the wheeltubs and they all bind together to form a single structure.

"Exploratory surgery," as Graverobbers' Jeff Kipfmueller calls it, often reveals much more than what is in plain site. Case in point, we found out that the top of the passenger-side quarter-panel was not even welded to the inner framework. Both quarter-panels had been previously replaced and the poor quality of the installation was easily evident once Kipfmueller's trained eye showed us the problem areas.

"Most people fail in installing the wheelwells correctly," noted Kipfmueller. This is one reason why the installation of the wheeltubs should be left to the professionals, or at least a trained garage wrencher with some experience in metal and chassis repair work. To help enthusiasts with this, Graverobbers has signed on to be the first of what is expected to be many Goodmark-certified installation centers.

As such, Graverobbers performs the majority of its Mustang metal work with the vehicle set on its chassis jig. This ensures that the chassis is square and that all subsequent work is within factory tolerances.

Graverobbers takes installations such as the Goodmark wheeltubs a step further.

"With most restomoddders adding additional horsepower, it's important to not only secure the panels properly, but also to reinforce them beyond factory specifications," says Kipfmueller. With that in mind, Graverobbers utilizes 1/8-inch steel plate to re-box the framerails where material has been removed for added clearance.

Without needing any further repair work, the Mustang wheeltub install takes about two days to accomplish, but given the age and number of owners of the average classic car, you may want to figure in a little more. One look around the Graverobbers shop and you know these guys can handle anything you can throw at them, as they regularly reassemble skeletons that at some point were deemed as "rust-free" and/or "restored" vehicles.

With the new Goodmark wheeltubs installed, our '66 fastback project car easily swallowed a 295/35/18 tire. This is good news for drag racers looking to stuff larger slicks under their horses, open track enthusiasts that need all the lateral grip they can muster, or just the car show attendee looking for that wide look. Follow along to see what's involved. 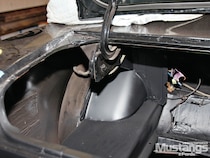 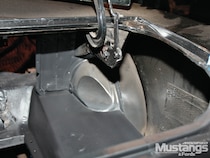 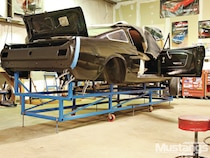 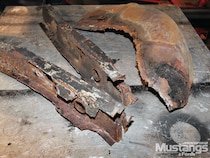 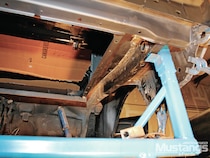 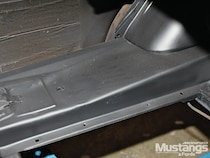 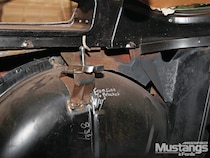 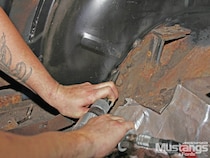 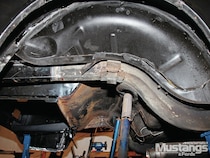 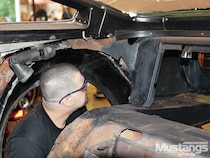 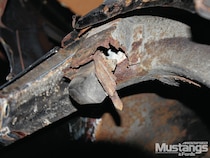 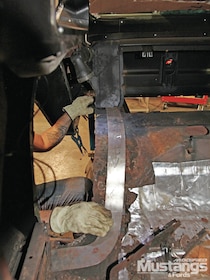 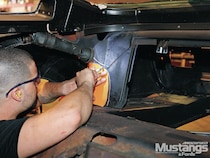 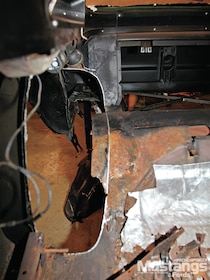 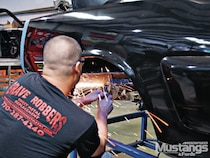 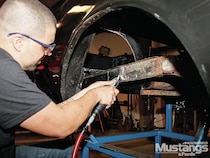 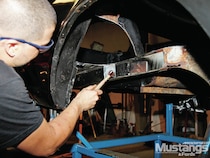 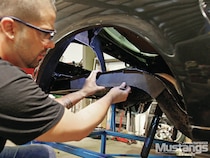 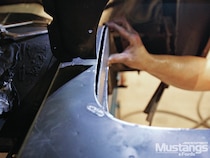 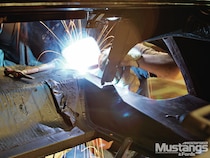 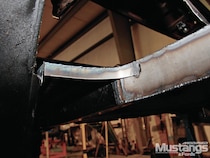 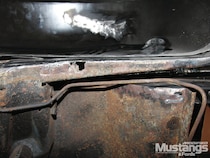 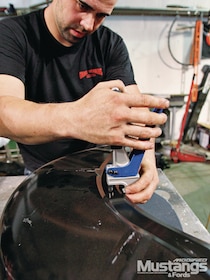 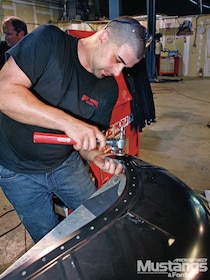 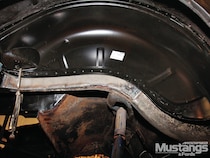 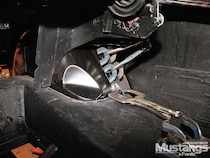 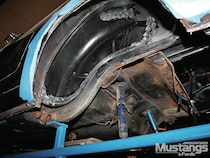 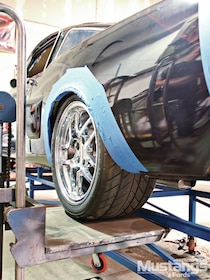 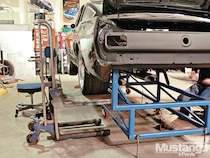