One of the biggest pieces of news to hit the Mustang world has been the introduction of the '67 Mustang Replacement Body Shell from Dynacorn Classic Bodies of Oxnard, California. Over the last year, we've kept close tabs on one of the very first projects using the Dynacorn body shell. Dynacorn chose Autoworks International of El Cajon, California, to accomplish the job.

We've looked in at Autoworks many times over the course of the project, while staying out of the way of SPEED TV's cameras (the build was featured on the series Chop-Cut-Rebuild). The completed project was intended to be a show-car quality job and was built specifically for Dynacorn to display in its booth at the '07 SEMA show in Las Vegas. We saw it there and got yelled at for leaving drool on the fenders. We can now wrap up the project in the magazine.

While not as radical as some other Autoworks undertakings-such as the twin-supercharged "Obsidian" Mustang-this project is no slouch, and it has many interesting high-performance features incorporated into it. A Ford Racing Performance Parts crate engine, a RetroTek Boss EFI, and an Astro Performance T-5 overdrive transmission are some of the major components of the recipe.

Now, as things really come together, we can begin to appreciate how much attention to detail has gone into the project. We also admire the tremendous volume and variety of small parts required to complete the vehicle.

Our past features on the Dynacorn Replacement Body Shell project included comparisons to an original Mustang fastback body, bodywork and epoxy primer application, a show-quality paint job, suspension installation, and powertrain assembly. Join us as we conclude our coverage of the Autoworks/Dynacorn build with a look at just a few of the more interesting aspects of the car's final assembly. We're confident that you'll agree the results are nothing short of spectacular. 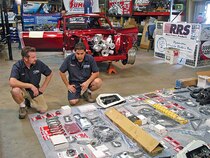 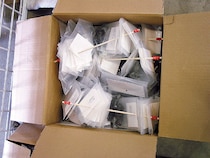 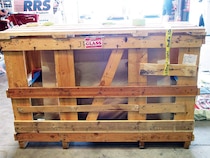 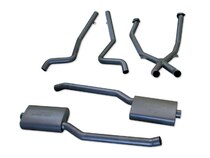 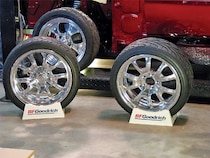 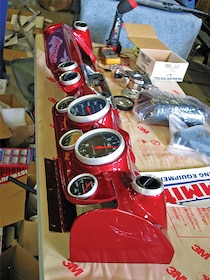 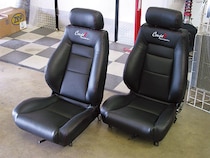 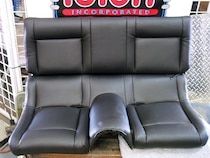 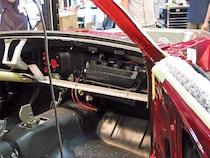 Conclusion
When labor amounts are clear-cut, we have provided the figures. In many cases, however, the amount of labor required is not clear-cut. Each segment of the project presents unique and sometimes unforeseen challenges. With an elaborate project such as this, there are countless details, each requiring exacting care. Hence, to have a car professionally prepared in the manner described would cost far more than the $74,167.09 at which we arrived.