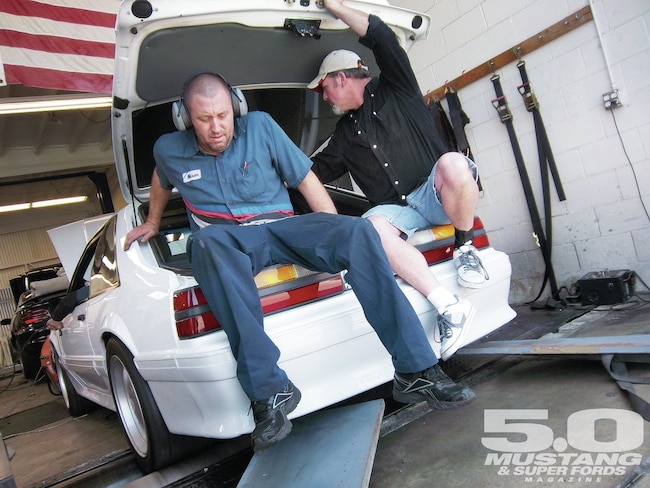 "What does it make?" and "What does it run?" are inquiries that we prepare ourselves for any time we delve into a project. Dyno data and quarter-mile timeslips are, in a sense, the payoffs for your diligence in following such projects. Of course, we enjoy the fruits of these labors as well.

Designing, assembling, and installing the Cleveland-headed Windsor, 408ci engine you've been reading about in our Project Leave It to Clevor series GT is just such a project. We've followed Coast High Performance and hardcore SoCal 'Stangbanger, Greg Montoya as they performed the heavy lifting involved in building the unique engine and dropping it between the fenders of Greg's clean '89 Mustang. Now it's time to focus our attention on finding out the worth of the package we've assembled.

The Trick Flow-headed Coast High Performance 408 is supported by additional drivetrain pieces (Tremec TKO 500 tranny and RAM clutch) that should definitely make Greg's Pony a ground-pounder naturally aspirated. With a 200hp shot of juice from the Trick Flow nitrous plate that we slipped beneath the intake manifold, it should be a monster.

While dyno results ultimately are the highlight of this report, we'd be remiss if we didn't give you some insight on how our trick engine's stellar numbers were achieved-through tuning with Anderson Ford Motorsport's Programmable Management System (PN EF-PMS, $969), a tried-and-true, engine-control computer that is used for calibrating '86-'95 factory EEC-IV PCMs. The PMS is a powerful, easy-to-use tool that gives enthusiasts the ability to tune their Mustangs' engines for street driveability and maximum performance. The PMS works as a piggybacked extension of the factory PCM, as well as a standalone system under certain operating conditions.

Greg's intent is to use this car for a lot more than just Sunday cruises and occasional drive-to-work days, and the PMS is the best choice for tuning this heavy-breathing engine. It allows for driving compliance on the street and letting all the horses stampede on the track. After installing the PMS, Greg handled all of the Clevor's initial tuning (setting idle, low-rpm, and midrange rpm), logging several hundred miles on the streets and freeways of SoCal, and adjusting the calibration on the fly.

"The PMS really is a user-friendly tool that doesn't require a lot of advanced tuning experience," Greg says. "As long as you've got a good wideband (air/fuel ratio gauge) and either a friend to help you with driving or a data-logger, getting an engine up and going isn't hard at all using this tool."

Establishing a wide-open-throttle tune for any EFI Mustang is a whole 'nother story, as the calibration truly makes all the difference between a 'Stang's engine making big steam-or possibly performing way below its potential when the pedal is slammed to the floorboard. Creating tunes for WOT typically requires a chassis dyno and a tuner who is familiar with and well-versed in manipulating the tuning devices and software used.

Brian Schapiro of B&D Racing in Van Nuys, California, has more than 15 years' experience tuning high-powered Ponies with the PMS (and Abaco's new DBX mass-air meter, which also is part of Greg's setup). Brian is known throughout SoCal as an expert with the tool, so that's who we asked to help figure out our 408's WOT tuning-with and without nitrous. After driving Greg's Clevor-powered Pony to B&D Racing 40 miles one way, we strapped the 'Stang to the rollers of B&D's Clayton chassis dyno to determine the all-important numbers. The bulk of visual elements in this project series are included in prior stories. However, we suggest you pay close attention to the details in the photo captions of this report, as we provide insights on Anderson Ford Motorsport's PMS, and how Brian uses it to unleash all of the wide-open fury that has been pent up inside the radical 408 stroker in Greg's GT. Horse Sense: So much for best-laid plans. We really wanted to include the results of a dragstrip test with Greg Montoya's Clevor-powered '89 Mustang GT in this report. Unfortunately, the story's deadline hit before we could get to the track, so be sure to follow our website and Facebook page for text, photo, and video details on Project Leave It to Clevor's quarter-mile performance, as well as bonus video footage from our day on the dyno.

Our stats from the dyno tests are broken out into two charts, which emphasize the difference in power gain (horsepower and torque are near instant with juice) and points where the engine is working at its peak.

When considering naturally aspirated performance, how can you not be impressed with a bullet that puts more than 400 lb-ft of torque on the ground at 3,500 rpm, and sustains it through 5,500? That's how the Trick Flow Cleveland-topped Coast High 408 gets down. Thanks to seriously twitchy throttle response, modulating the pedal in Greg Montoya's '89 Mustang GT is mandatory if you want to have any chance of keeping tire spin to a minimum.

In the end, though, we believe it's only right that an engine like the Clevor be built to handle a lot of nitrous oxide. Our nitrous-related projects typically involve injecting oxide in stages, starting from a small amount and working our way up. However, because of the 408's solid internal package and our use of Rockett Brand's 100-octane fuel, we elected to plug 200 hp into the Trick Flow nitrous plate and monitor the reaction.

Brian Schapiro of B&D Racing handled the Anderson Ford Motorsport PMS tuning for nitrous, following up the naturally aspirated calibration that Greg developed during extensive road testing before the dyno session. As you see in the chart (N2O), the 408 Clevor definitely showed its stuff when the gas was shot. We credit the peak gain and overall performance curve to the hydraulic-roller camshaft in this engine. A Trick Flow Stage III cam controls the valvetrain, which is enhanced by 1.8-ratio rocker arms.

Based on the data, the cam is an excellent choice for a Clevor engine that is used for a Mustang like Greg's. With a rev limit of 7,000 rpm, this is the type of powerplant that we think is perfect for honest daily use and no-holds-barred abuse when it's time to play. 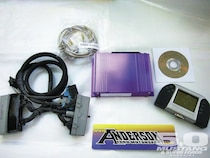 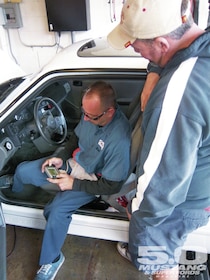 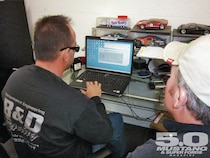 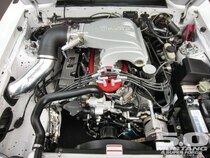 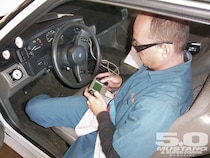 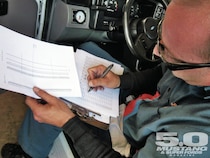 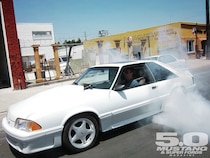 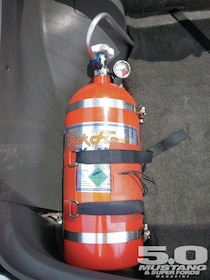 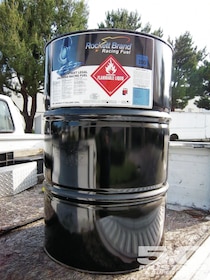 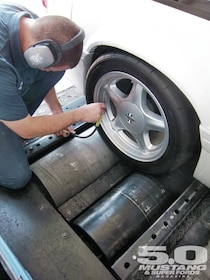 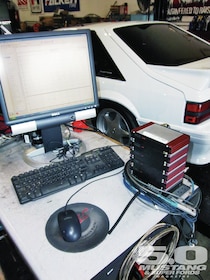 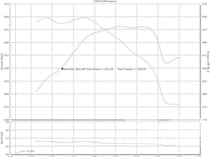 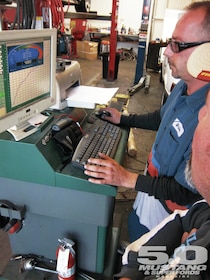 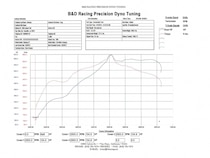