It’s back to basics inside our GT500-powered Fox 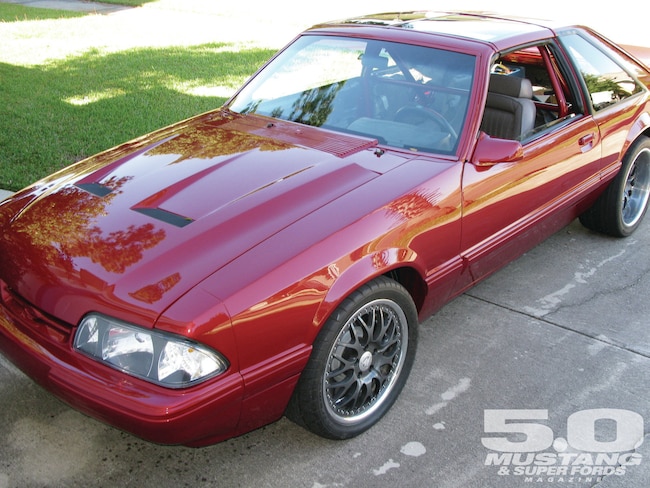 Fortunately I didn't set out with the idea of a tight deadline for our GT500-powered Fox project, the Fox 500. Back when I kicked this car off--in late 2007--the Shelby GT500 was still a new vehicle. Its engine was as rare as a unicorn, and no one had attempted to swap one into anything. As such, I decided early on to take the slow and steady approach.

To get the job done, I shipped the car off to boarding school at Paul's High Per-formance in Jackson, Michigan (www.paulshp.com). The crew at PHP had done numerous engine swaps before, and they were close enough to Ford that collaboration was possible. In fact, Fox 500 was used as the prototype for the now ubiquitous Control Pack harness and processor from Ford Racing Performance Parts (www.fordracingparts.com). In the end, PHP did an amazing job wedging the hulking 5.4 into the Fox chassis, and adding numerous custom touches to make the engine right at home.

Of course, performing miracles between customer jobs took time, so our plan was a good one. When the mechanical machinations were complete, the car headed over to Motor City Solutions (www.motorcitysolutions.com) for a much-needed visual makeover. While it started out as a rare '88 LX with T-tops, it led a hard life and has the battle scars to prove it--bent metal, rust, body filler, and such--under a hastily applied white paint job. MCS transformed the car into the Wild Strawberry LX I had always dreamed of but had yet to own.

Finally, it was time for the car to head back to Florida so I could make the interior blend in with the fantastic drivetrain and paint work.

Honestly, there was a lot more work at hand than I anticipated, some of it is self-inflicted, as I want things to be just so. Other things are just a product of the car's ripe 23-year-old age. Either way, I'm keeping to the slow and steady approach as I chip away at stuff in my spare time. I want the car done in the worst way, but I'm not ready to cut any corners.

It is worth mentioning that the interior is really where this car kicked off in the magazine. Four years ago, Tech Editor KJ Jones brought the first attention to the car ("Style Points," Sept. '07, p. 200) by starting with the recovering of our seats at TMI Products (www.tmiproducts.com). Now we're actually close to putting those beauties in the car where they belong.

Next time we hope to layout the stereo wiring and install the rest of the interior, including the seats. But first, it's time to get down to the basics on the inside of the Fox 500.

It is worth mentioning that the interior is really where this car kicked off in the magazine. 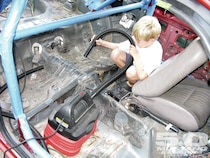 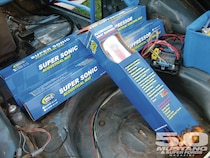 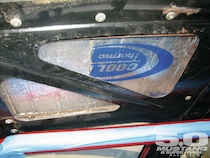