Custom Paint, Graphics, And Interior Concepts Don't Just Happen Overnight, But They Are Worth The Wait 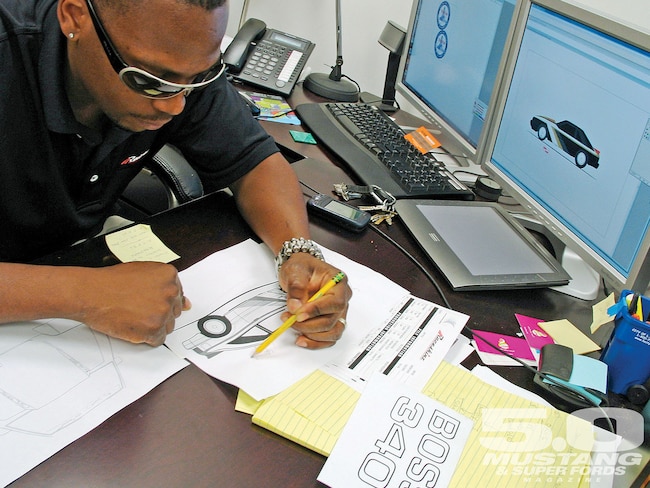 Up front, and before we go deeper into this update on Project Boss 340, we'd like you to take a second and think back to our last report on the project ride-the story that details fitment of our 'Stang's front fascia and hood.

The article, "Fit and Trim" (Oct. '09, p. 114), basically kicked off our '90 LX hatchback's cosmetic odyssey, which is being led by our friends at Raceskinz of Van Nuys, California, who have taken on the monumental task of whipping our drag-race Pony into eye-pleasing shape. With Boss 340 being such a special Mustang, we want it to have an equally special paint and graphics package.

Regular readers already know this, but for the newcomers, the heart-and-soul of our project whip is its engine, the Boss 340, which basically is a 343ci EFI engine built by Probe Industries. It's founded on a Ford Racing Performance Parts Boss 302 block, and features aluminum Cleveland-style [canted intake/exhaust-valve layout] cylinder heads from Air Flow Dynamics, a solid-roller camshaft, and a unique Boss 302 intake manifold from Wilson Manifolds.

Building our Boss 'Stang has been A.R.E. Performance & Machine's primary task, but designing its exterior/interior appointments is where Raceskinz now steps to the forefront. Raceskinz is a car-customizing firm owned by Mike Smith and his brother, Tirrell "Cochise" Lazada-Smith. Enhancing the appearance of stone-stock S197 Mustangs, as well as Shelby 'Stangs (GTs, GT500s, KRs, and Super Snakes), through its lineup of unique carbon-fiber stripe kits and easily installed trim pieces (fuel-filler door, rear mud guards, and more) is what the company does best, so asking Raceskinz for assistance with our Mustang's visual flavor was sort of a no-brainer.

Our original thought was to completely wrap Boss 340 with a custom-designed vinyl graphics skin, similar to those that have long been popular in all facets of motorsports. For race cars, full- and partial wraps are cost-effective. However, according to Mike, "The lifecycle on a wrap-ours or anybody's-is much less than that of a good paint job, by far."

"When deciding between the two forms of refinishing a Mustang, the best thing to do first, is determine what the primary purpose for the car is," Mike says. "If sponsors and such are going to frequently change, a wrap definitely is the best way to go.

"Wrapping a vehicle is somewhat limited to specifically using solid colors, as solids are the only type of ink colors that work with large-format printers used for vinyl wraps. The type of inks applied to vinyl wraps are not available in pearls or metallics," Cochise adds. "The paint and graphics we've developed for Boss 340 feature pearl colors that will pop under bright sunlight or even a track's nighttime lighting. Since we really want 5.0&SF's race Mustang to look like it was dipped into the colors, painting the car is a better move."

Despite having a game plan and a rendering to work from, the actual process of painting our 'Stang is still a bit of a ways off,as Raceskinz is also rejuvenating the inner surroundings of the Boss Mustang, with some custom treatments that include carbon fiber (of course).

The exciting climax to our body and interior beautification mini-series comes in an upcoming issue. For now, check out the radical artwork and details on the prep that goes into painting our project car in the following photos and captions. 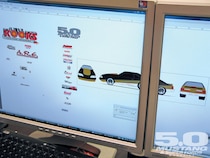 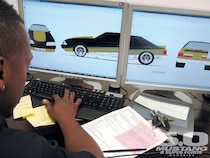 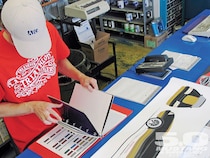 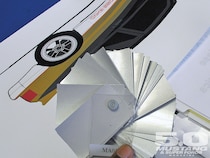 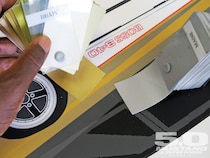 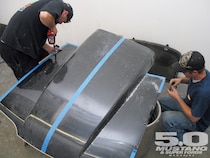