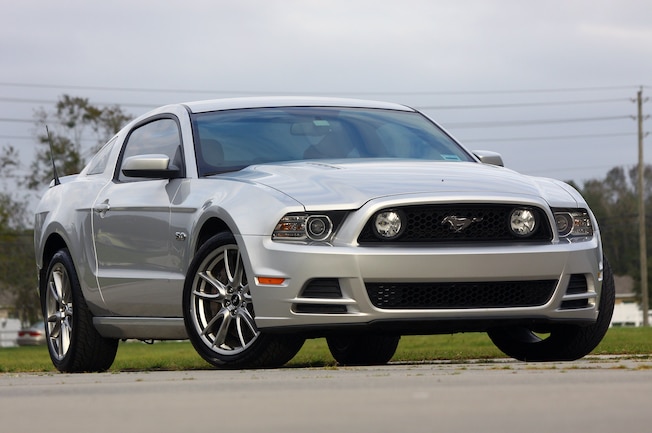 With our first Week to Wicked build, we chose to do a 1966 Mustang. We basically rebuilt the car from front to back, and top to bottom. With the first build more catered to Mustang Monthly, our second build was more aimed at our Muscle Mustangs and Fast Fords audience. This time around we decided on a gently used 2013 Mustang GT. With Editor Henry De Los Santos in California, and Technical Editor Michael Johnson in Florida, we started comparing S197 prices, and found that cars were a bit less expensive in Florida. We looked at a few different cars, and after a bit of negotiation, and having the car inspected by a local Ford dealer, we settled on this Ingot silver 2013 Mustang GT.

We wanted a stock-as-a-rock Mustang GT, and as you know, such an animal is hard to find. However, this GT was exactly for which we were looking. The 2013 Mustang GT Performance Pack was indeed stock, with just over 80,000 miles on it. After running a CarFax, making sure the engine was good to go, and checking its past service history, it was ours. Once the title was in our hands, the car’s first stop was Jordan Performance and Racing so Justin Jordan could install Ford Performance Parts oil pump gears.

With the Coyote engine’s Achilles heel replaced, the car headed west to our Santa Ana, CA office. Once it arrived, the best of Wizards Products were used to get the car’s body ready for the cameras. At the start of the build, we removed the Covercraft car cover to reveal the Continental Tire Week to Wicked 2013 Mustang GT build. In case you missed any of the daily videos, we’re giving you a chance to see them all, in the same video. That’s right, here are all 5 days in one video.

The Continental Tire Week to Wicked 2013 Mustang GT was a lot of work, but we always make sure to mix fun in with the work. To see how much fun we had to go along with the work, here’s your best chance to see it all.