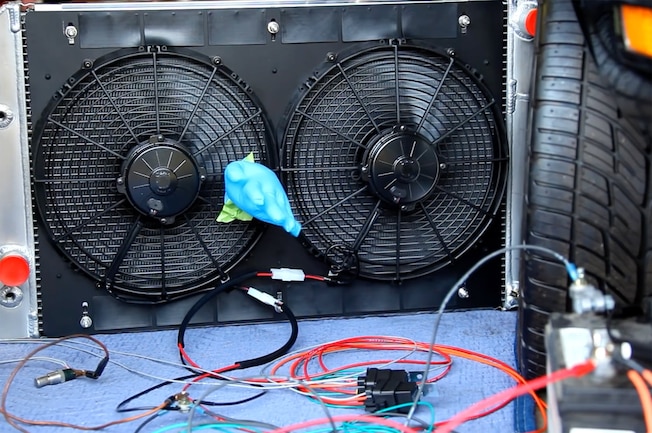 Project Large Marge is a 1973 Mustang coupe that our buddy and occasional videographer Jason Lewis is building at home in his spare time, documenting every major step of the way with video. We’ve featured roughly 20 videos on the project so far over the last few years, and the car is getting very close to running and driving as you read this.

This latest installment shows Jason installing and explaining the functional aspects of a BeCool Cooling Module, which consists of their large aluminum radiator and twin-fat setup with shroud. This is a drop-in radiator (as long as you kept the stock mounts, which Jason did not) that will cool your big-body Mustang far better than any stock radiator, looks great, and is easy to install. Jason also got a 5-gallon bucket of BeCool’s pre-mixed coolant to top it all off.

Check back next time when the car gets a wiring harness and exhaust, at which point we’re going to take her on her maiden voyage. And neither Jason nor us have an intention of babying the car—it’s going to get used and used hard!