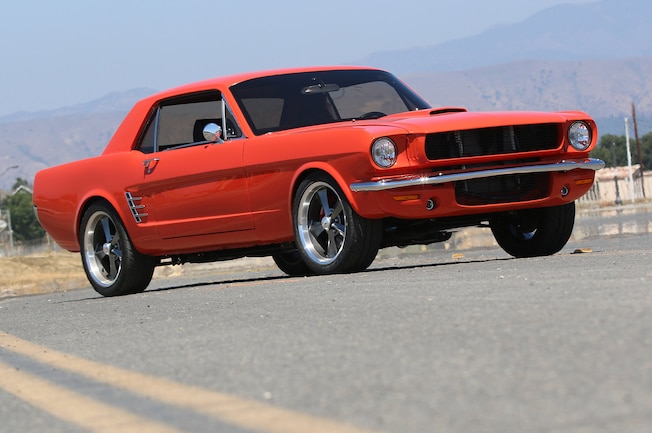 Early on a Monday morning back in July 2017, the entire Mustang-360.com staff of Henry De Los Santos, Rob Kinnan, Mark Houlahan, Michael Johnson, and Michael Essex gathered at our TEN Tech Center in Santa Ana, California and built a 1966 Mustang hardtop from stock to full-on restomod racy in a mere five days. Well, five-plus—we didn’t finish until 3:00am Saturday morning.

Helping us on the car were Tech Center technicians Jason Scudelleri and Christian Arriero, as well as the crew from Classic Performance Products (CPP, who stayed all week wrenching with us) and representatives of most of our other sponsors helping install their specific parts and telling us all about them.

You can see those day by day videos at the links below. Presented here is the long-form video summing up the entire process, from start to finish. Where is the car headed from here? It’s first real road miles will be the 300-ish-mile drive to Las Vegas where it will be prominently featured in our booth at the SEMA Show. Then….we’re still formulating that plan, but it will be at several shows in 2018, so keep watching this site for more details on when and where.