Radiator, air conditioning, interior, and wiring are on the checklist for Day 3 of our 1966 Week To Wicked project 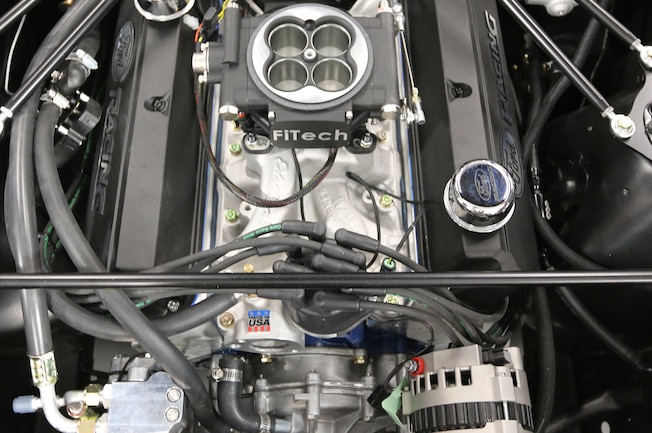 It’s the end of Wednesday, July 19, halfway through our Week To Wicked 1966 Mustang coupe buildup in the TEN Santa Ana Tech Center, and the Mustang is starting to look like a real car, almost begging us to jump in and drive it off.

Reality says that regardless of our impatience at driving the wheels off this thing and doing big gnarly burnouts, we still have a lot to do to get to that point. On tap for today was the bulk of the chassis and interior wiring with a Painless Performance (painlessperformance.com) kit, installing the Old Air Products (oldairproducts.com) air conditioning, BeCool (BeCool.com) radiator with Derale (Derale.com) fan, hooking up the ididit (ididitinc.com) steering column to the CPP (classicperform.com) steering box, and a million other small details that any car build must deal with. It’s a good thing we have a full staff plus Jason and Chris in the tech center and the entire CPP crew helping out. Perhaps one of the best moments was when the Rocket Racing Wheels (RocketRacingWheels.com) and Maxxis Tires (Maxxis.com) rolling stock was mounted and the car was sitting on the ground. It looks awesome!

Thursday is the day we’re scheduled to install the Mustangs To Fear (MustangsToFear.com) and ProCar by Scat (http://procarbyscat.com) interior parts, AutoMeter (AutoMeter.com) gauges, and put the finishing touches on the wiring before the Hooker (Holley.com/brands/hooker) mufflers and exhaust go into place. Stay tuned for all the action from Day 4 tomorrow, and maybe, just maybe, we’ll get enough done that we can fire up that Boss 363 and make some noise. 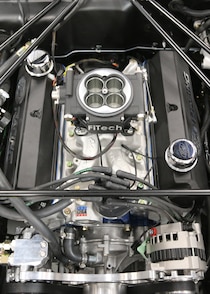