Project Large Marge: How to Fit Big Wheels and Tires on a 1973 Mustang

New Wheels and Tires Make All the Difference on a Project Car: Our 1973 Mustang coupe gets its new ET Wheels minilite-style wheels and BFGoodrich Comp-2 A/S tires. 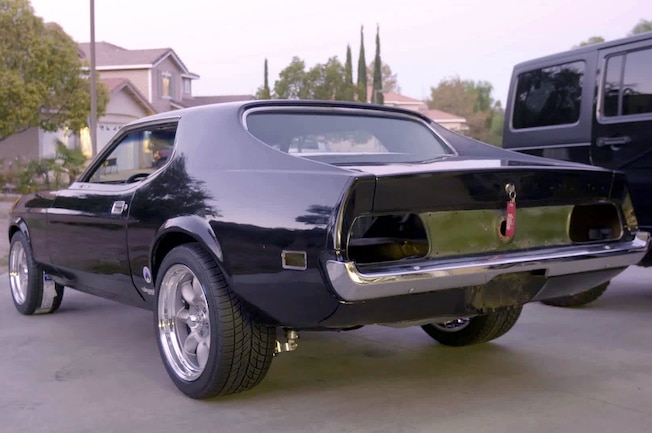 Building a project Mustang often means lots of time with the car in the air, on jackstands. If it’s there too long, you begin to lose the vision of the final look. That was the case with Project Large Marge, as the installation of the Total Control suspension bits and other general work on the car meant it had lived on said jackstands for far too many months, while we also waited on the perfect rolling stock to show up.

Because we plan on eventually putting this car on the track a little bit, and love the look of the late-‘60s/early-‘70s Trans Am racers and their Minilite wheels, we chose ET Wheels’ (etmags.com) LT-III 2-piece wheels styled just like the minilites used on the Penske/Donahue Camaros and other Trans Am cars. We got them in 18x10 for the rear, 17x9 in front, and wrapped them in BFG’s newest tire, the g-Force Comp-2 A/S, 275/40-18 in the rear and 255/40-17 up front (BFGoodrich.com).

Wheels and tires are one of the most significant things you can do to change a car’s appearance and attitude, but you never know exactly how they’re going to look until you bolt them up and drop the car on the ground. In our case, the combination looks so good we can’t stop but giggling with delight. With Marge finally on the ground, the ride height is higher than it will end up since there’s no engine, interior, or anything else in the car, but even with the stink-bug height, this is one bad-looking ride, don’t you think?