We use a Faro Arm Edge 3D scanner to scan the instrument cluster in our ’73 Mustang, Project Large Marge. 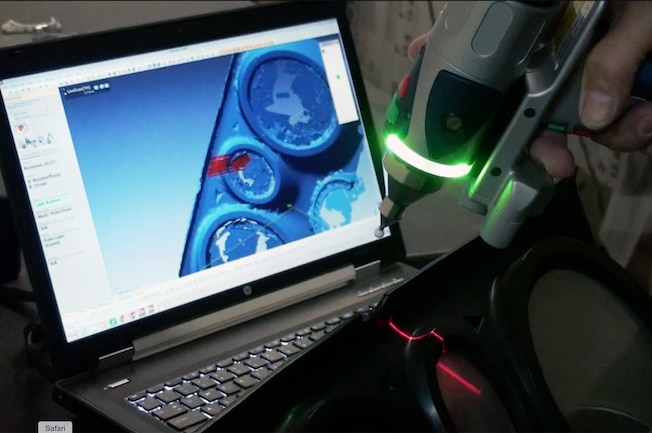 While all of the videos on our 1973 Mustang coupe, lovingly named Large Marge, have shown us wrenching on various things like the Total Control suspension, Wilwood brakes, and the junkyard-sourced 5.0 Cobra engine, this week we’re going a little crazy and taking advantage of a shop that we’ve done some work in, using their high tech tools to play with our decidedly low-tech Mustang.

While doing some freelance work at a local aerospace company, we were mesmerized by their Faro Arm Edge 3D scanner. We had just removed the dash from Marge and were thinking about doing something trick to the instrument cluster, so we decided to put it “under the 3D knife” of the scanner while also learning how to use the tool. As you can see in the video, scanning a part is kind of like painting it, but with freakin’ laser beams!

With the part now fully scanned, we can play around with it in any number of computer programs to customize it to any configuration we want and then create it with a 3D printer, which are slowly becoming almost affordable.