Project Large Marge: Heads and a Weiand Mini Blower for a 1993 Cobra Motor

Heads and a blower for Large Marge’s 302: We have a 1993 Mustang Cobra engine for Marge, but it needed some cylinder head work before we could install the Weiand mini blower 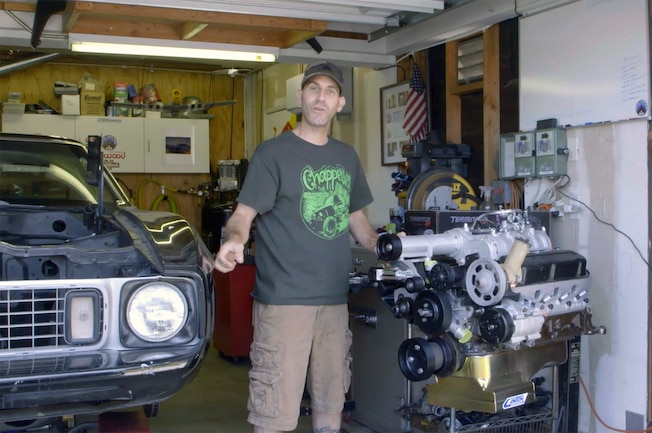 As soon as we started on our 1973 Mustang coupe project car, affectionately named Project Large Marge, we sourced a junkyard 1993 Cobra motor that was complete but used. When we did some research on the Holley heads that were on the engine, and then tore into it to see what else we had to deal with, it was determined that the heads had some oil leakage past the valve guides and seals, so we took them to Jim Grubbs Motorsports to fix that problem.

While Grubbs was doing his thing to the Holley heads, we cleaned up the tops of the pistons to remove the carbon deposits and grunge that had collected on them. Then we installed the heads with Fel-Pro gaskets and ARP bolts, before installing the piece de resistance, the totally bitchin’ Weiand mini blower that will pump some boost into this puppy to make it more than just a daily driver. This is all fairly easy stuff, but requires some concentration and attention to detail, so we put together this video to show you what’s up.

Parts are collecting on the workbench, so there will be a lot more videos to come. But for now, check out what we did to get the engine ready to drop into Marge’s cavernous engine bay. And stay tuned until next time!