Project Large Marge: Our 1973 Mustang Coupe Gets a New Rearend, and It’s Sexy!

Cleaning up the grungy 9-inch rear in our ’73 Mustang, and upgrading it with a new Yukon Gear Traction-Loc differential and cut-to-length axles. 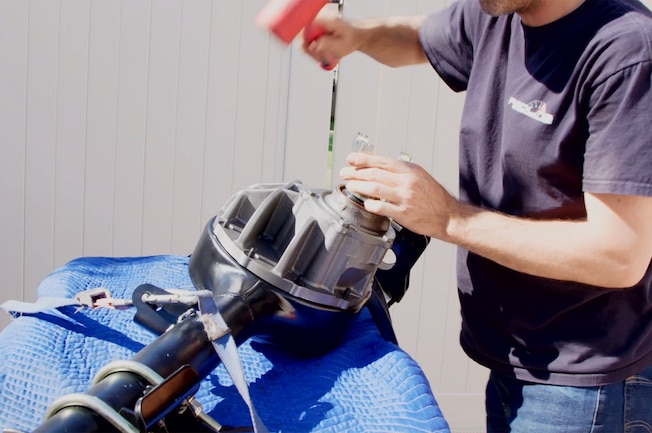 After installing those shiny new Total Control Products rear suspension parts, the 9-inch rearend in our 1973 Mustang Coupe (Project Large Marge) was looking pretty shabby in comparison. And as you may have noticed in some of the intro shots to our videos, it’s peg-leg, open differential was not going to cut it for what we wanted to do with the car, even after we welded up the spider gears in a moment of juvenile delinquency. So, we went shopping for new, upgraded parts and found them at Yukon Gear & Axle.

We ordered a nodular iron center section, a Traction-Lok differential, and 31-spline cut-to-length axles. The Traction-Lok diff will give us the right amount of traction in both a straight line and around corners, without the harshness of a Locker-style differential. You can get it in 28- or 31-spline configurations with either Street or Race Aggressive modes, and it uses Raybestos clutches for a long life, a billet steel case for ultimate strength, and the unit is rebuildable, which is nice since we plan on beating on this car pretty hard. The internal gears are made of forged 4320 steel and match the OEM tooth profile.

We got sick of waiting for our local shop to press the bearings on the axles, so we bought an inexpensive Harbor Freight press, modified it fit our axles, then used it to press on the bearings and wheel studs. Then we measured the cut-to-length axles and hit them with a cutoff wheel, followed by smoothing off the spline ends to make the axles easier to install in the differential gears. The final touch was a billet pinion yoke and then hoisting the whole shebang into the car. Next up is a drum-to-disc brake conversion with Wilwood brakes, so stay tuned.