Steve Turner Former Editor, 5.0 Mustang & Super Fords
October 23, 2013
To test on Ford Racing’s new calibration, we hit the Dynojet in the SIM Tech Center for before and after runs.

If you’ve been following the saga of Project Silver Lining, my ’13 Focus ST daily driver, you know it has progressively gained a carefully selected repertoire of performance hardware, including a Steeda CAI, a Steeda/Magnaflow downpipe, and a Ford Racing exhaust. Thus far PSL had resisted the siren’s song of tuning. Mainly because word was out that Ford Racing was developing its own performance calibration for the ST.

With that in mind, hard parts were put on first with the idea of adding tuning as the cherry on the sundae. That said, it was understood that a new calibration would unlock some significant performance. There is a lot to play with on an Ecoboost engine, and Ford Racing’s engineers can access all those parameters and tweak them for driveable, warranty-friendly performance.

Before flashing the PCM with the Ford Racing performance calibration, you must install a set of colder spark plugs, which are included in the kit. Start by removing the engine cover, unbolting the coil packs, and pulling the coils off the plugs.

That’s right—if you have a Ford dealer install the calibration (PN M-9603-FST; $499) and the included colder spark plugs, it will retain a warranty like all Ford Racing FR1 kits. Better yet, for those of you in California, this cal will receive approval from the California Air Resources Board, so you won’t have to fret at smog-check time.

“Our goal was to deliver enhanced feel without endangering the life of the turbo,” said Jesse Kershaw of Ford Racing. “By adding considerable torque and horsepower under the curve, we can drastically improve the driving feel and acceleration without sacrificing durability. Only Ford Racing has the resources to deliver added performance, a warranty, and OE-level driveability.”

If that sounds good to you, note that it should be released before year’s end. Keep reading to see how this calibration improved PSL’s front-wheel performance. 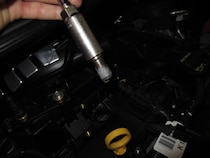 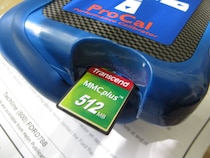 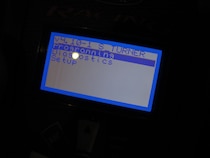 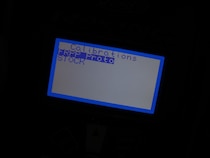 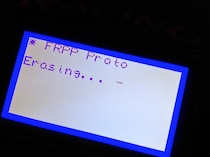 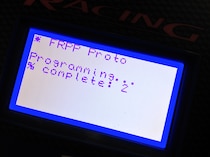 Here are the same day, same dyno results for the Ford Racing calibration for the Focus ST. Granted Project Silver Lining is not a totally stock car, but these results are from installing just the calibration. As you can see, the FRPP engineers really improved the car’s performance where it counts. From down low until deep into the midrange, PSL is a different car. The massive increase in torque gives it the grunt of some V-8s, and that makes it a pleasure to drive every day. Moreover, the car retains the driveability of a stocker, which is what you’d expect from an FRPP calibration. 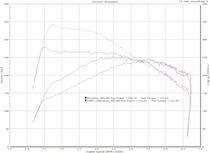 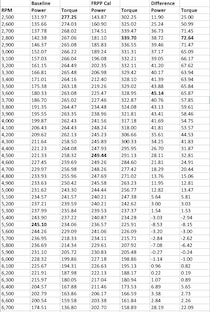