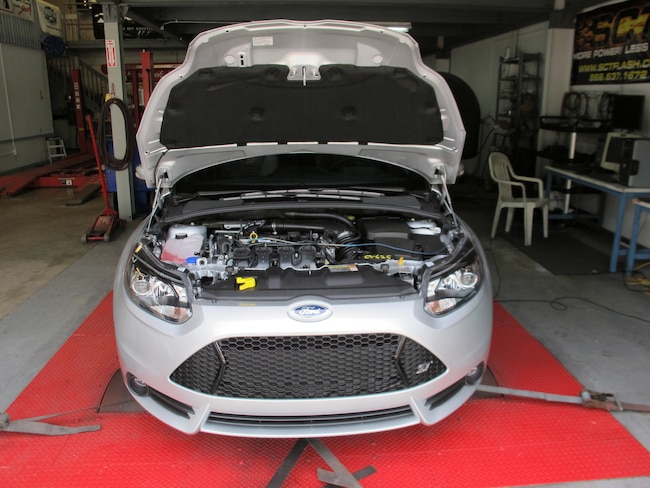 Last we checked in on Project Silver Lining, my 2013 Focus ST daily driver, Steeda hastened the car’s shifting with the addition of its Tri-Ax shifter. The shifter was part of the first day of PSL mods at the Steeda campus. The remainder of that day included installing Steeda’s catted downpipe and rear engine mount.

The downpipe joins the turbo to the exhaust system and includes the factory catalytic converter. Installing the Steeda unit not only relieves some backpressure, but it’s said to help the turbo spool up a little quicker. The timing was great to try this out before we add an after-cat exhaust.

While Steeda’s Steve Chichisola worked under the car, we also opted to install Steeda’s performance rear-engine mount. Of the biggest gripes I’ve had about the ST is how much the engine moves when you shift it hard under power. The Steeda engine mount reins that movement in and makes the connection between engine and shifter feel more direct. It also doesn’t let engine-mount flex waste any power. In exchange for those improvements, you do give up a bit of NVH.

Keep reading to see how the gear went in, and stay tuned for updates on installing the Steeda cold-air intake, springs, and rear sway bar. 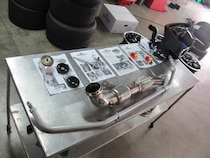 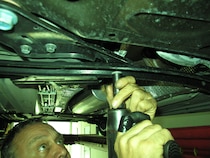 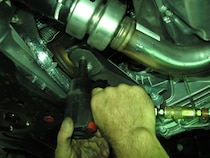 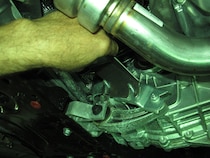 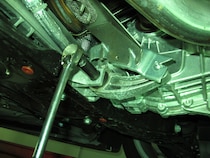 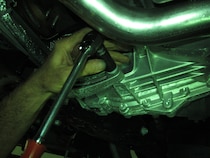 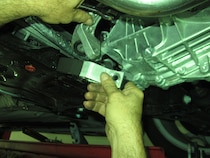 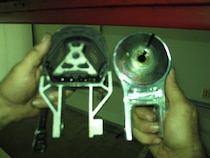 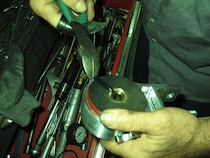 We really didn’t know what to expect from adding just the Steeda high-flow-cat downpipe with no tuning or other mods. However, the results were quite impressive. Though the downpipe gave up a few crumbs of power and torque down low, it definitely moved the needle in a positive direction at the top side of the rpm range. Though the peak-to-peak gains were only 10.3 hp and 2.03 lb-ft, the downpipe really helped the turbo 2.0 pull harder at the top of the tach. By 3,800 rpm, the entire curve is moved up; by 6,300 rpm, it registered beefy gains of 31.48 hp and 26.24 lb-ft of torque at the front wheels. That’s an improvement that you feel in the seat of the factory Recaros. 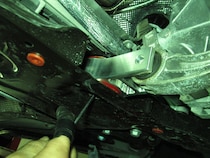 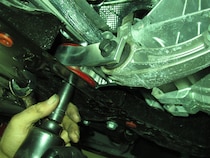 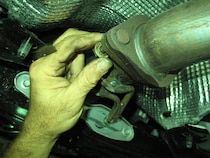 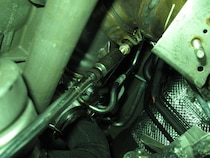 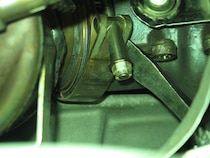 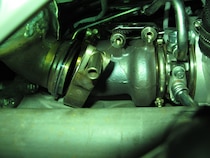 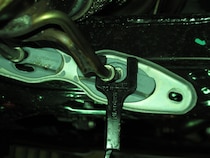 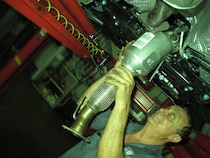 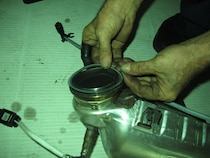 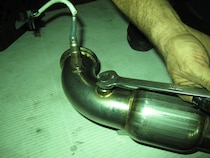 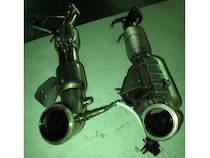 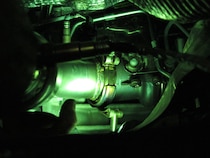 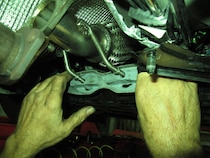 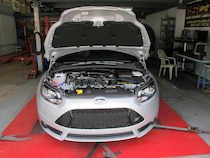 You can see the downpipe starts slow, but really grows power as the rpm builds.

We've given you updates on Steve Turner's 2013 Focus ST as changes have been made on his daily driver. If you've been keeping up with Project Silver Lining, check out the performance calibration boosts performance.