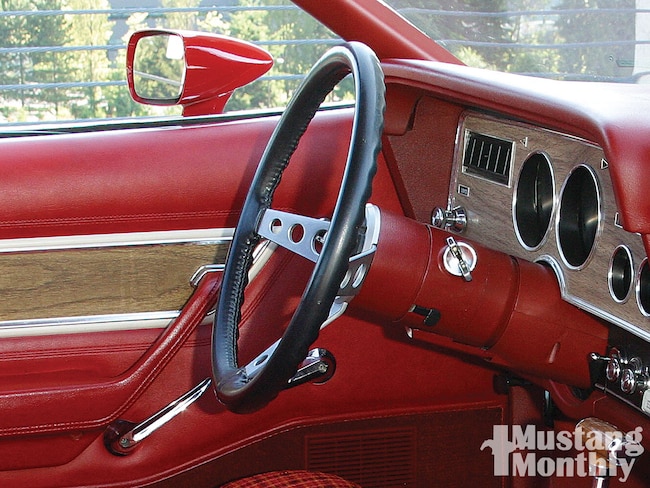 Nearly a century ago, automobile security began with door and ignition locks. As the bad guys became more creative, automakers, along with Washington and insurance companies, had to become even smarter, with the federal government mandating anti-theft locking steering columns for the '70 model year. General Motors got the jump, installing locking steering columns in '69 along with a key reminder buzzer.

For this article, we're going to focus the function of fixed (non-tilt) '70-'78 Mustang steering columns. In a later issue, we'll show how to rebuild a '70-'78 locking steering column-both fixed and tilt.

As mentioned earlier, '70 is a stand-alone locking steering column. Although '71-'78 columns are virtually the same at the collar, Ford located the ignition switch farther down the column to move it under the dashboard and out of harm's way, making access more difficult for thieves. For '70, the linear-actuated ignition switch is tied directly to the ignition lock actuator just below the collar. The transmission lock operates via a tube within a tube to the moving collar just below the fixed collar. The tube and collar, which are hidden by a plastic sleeve, move to the locked position when automatics are placed in Park or manual transmissions are placed in Reverse. The actuator pin mechanism moves into the rotating collar, locking the transmission in Reverse or Park. 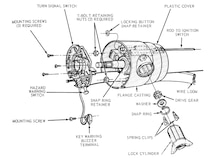 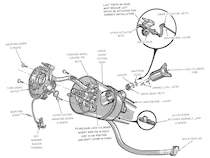 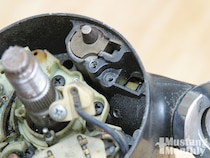 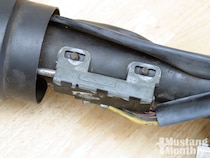 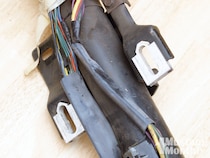 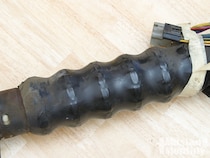 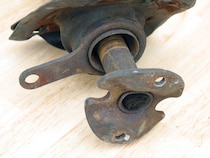 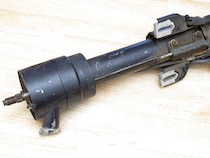 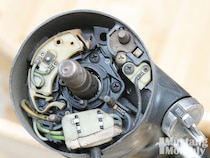 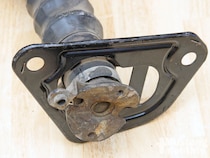 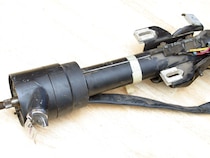 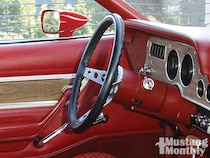 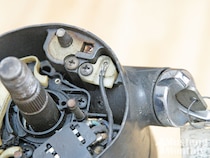 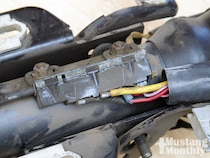 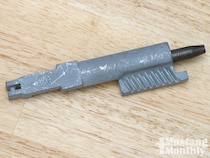 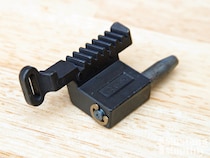 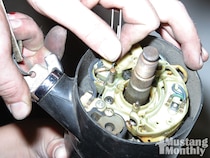 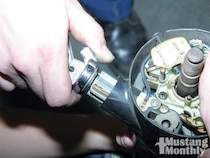