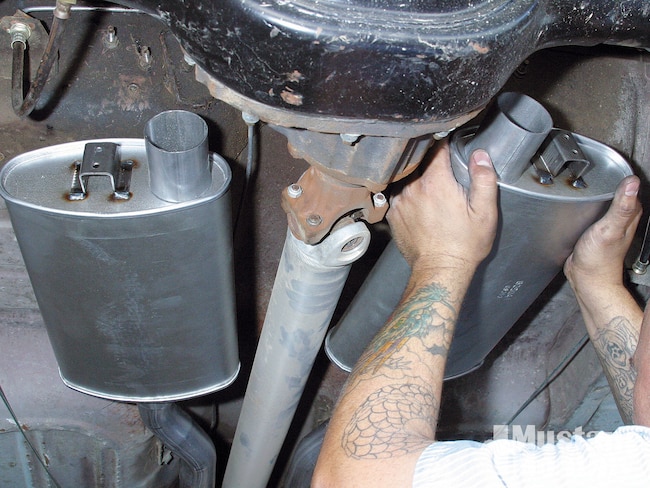 A few years ago, we did a six-cylinder to V-8 swap in a '67 Mustang hardtop. For the most part, the conversion has been successful, making the car more fun to drive. Because we went with a five-speed and 3.55:1 gears, it's snappy and more fuel-efficient. The six to eight conversion hasn't been without its headaches; we've had to work out one bug at a time, like a leaky carburetor and improper ride height.

Another problem has been a loud exhaust system. Although the throaty 21/2-inch mufflers sounded terrific, they were louder than the owner prefers. So we called Scott Halseth at National Parts Depot to see what he had available for our Mustang that would keep its throaty demeanor without being too overbearing. He suggested one of NPD's new aluminized, original-style 21/4-inch dual exhaust systems with turbo mufflers and 289 High Performance exhaust manifolds. You can get into a complete system for under $500 depending on the system. Hi-Po manifolds are another $274.95 plus tax and shipping. See NPD's online catalog at www.npdlink.com.

Mustangs Etc. in Van Nuys, California, moved the previous exhaust system to a '70 Mustang, then installed the NPD dual exhaust. 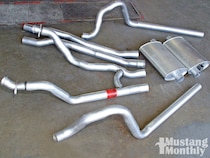 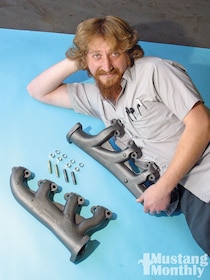 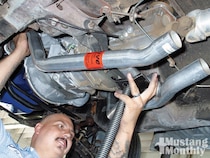 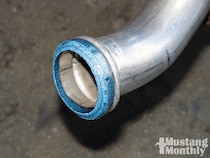 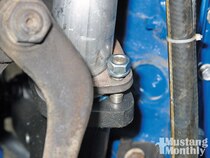 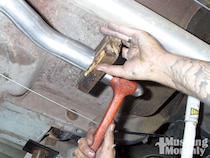 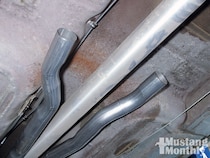 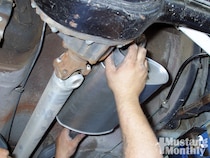 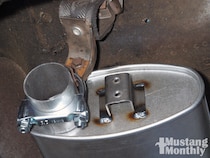 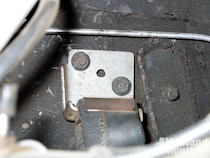 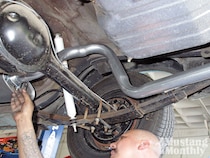 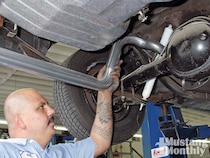 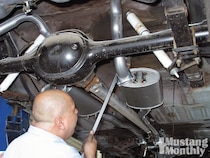 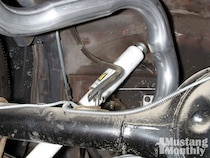 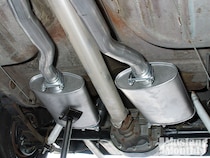 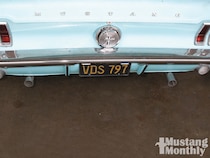