Engine oil seems so simple. It's slippery. It keeps metal parts from fusing together. It's messy, especially when it has been squeezed, slung, and sprayed around the inside of a hot engine for thousands of miles. And after it has been inside an engine for a few thousand miles, it seems dirty, worn out, and ready for disposal. But engine oil never wears out. It gets contaminated from combustion byproducts and it loses its additives to heat and pressure, which is why it must be changed from time to time. Otherwise, oil lasts virtually forever.

Oil is your engine's life blood. Not only is oil a lubricant, it is also a coolant as it transfers tremendous amounts of heat because it is in direct contact with the hottest components in your engine. Main, rod, and cam bearing journal temperatures can run upward of 400 degrees in normal operation. Conventional engine oil begins to break down around 260 degrees (synthetic oil is good up to 300 degrees). Above 300 degrees, engine oil begins to cook and stops being an effective lubricant. Oil survives the extreme heat because it keeps moving, getting rid of heat as it flows. This is why proper bearing journal clearances are crucial to engine survival. Oil must keep moving in order to both lubricate and transfer destructive heat.

One of the worst things you can do to your engine is start it. During those first few seconds of operation, there's no oil pressure at the bearings nor is there oil splash to lubricate other moving parts. Imagine crankshaft journals and bearings, not to mention piston rings and cylinder walls, getting together under high pressure before lubrication reaches them. This is where most engine wear comes from.

This is the first place oil arrives under pressure--crankshaft main bearing journals (except the 351C where cam bearings get oil first). Pressure must always be maintained during engine operation to keep a liquid wedge between journals and bearings. Rule of thumb is 10 psi of oil pressure for every 1,000 rpm. Oil pressure is lost when bearing/journal clearances become excessive. It also can become lost with excessive pump rotor clearances or defective pressure relief valve operation.

Lubrication is nothing more than a liquid wedge (cushion) between moving parts to prevent friction. But this alone doesn't guarantee success. Because liquid cannot be compressed, it is the perfect type of lubrication because it prevents metal-to-metal contact. When this film is pressurized, it creates a solid barrier between moving parts. Think of the liquid wedge like you would tires hydroplaning on wet pavement. Tires move over the surface without actually touching the pavement.

In theory, the liquid wedge should always keep moving parts apart. However, there are factors that can break down the barrier. And when this happens at high rpm, destruction can occur in a nanosecond. Extreme heat, which causes lubrication to break down, ultimately brings moving parts together to cause engine damage.

This leads us to the main point of this article--zinc, or more specifically the lack of it in today's oils. Oil companies started adding ZDDP (zinc dialkyldithiophosphate) to engine oil back in the 1950s to help reduce wear and tear during engine start-up. How important is ZDDP to your classic Mustang's engine? It reduces bearing and journal wear by a factor of 20. It's that important.

ZDDP acts as an anti-wear barrier with great staying power when we shut an engine down. It does essentially the same job tetraethyl lead did for exhaust valves and seats before it was removed from gasoline in the 1980s to reduce air pollution. Lead acted as an anti-wear element between valve and seat. When the Environmental Protection Agency (EPA) mandated lead's removal from gasoline, it caused quite a stir in the classic car community because enthusiasts feared excessive exhaust valve and seat wear. The solution was the installation of hardened exhaust valve seats in older iron cylinder heads. 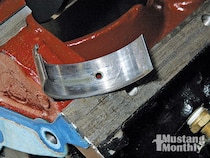 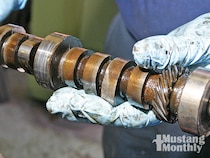 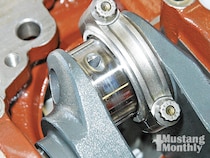 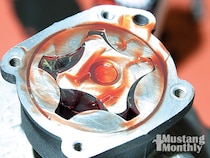 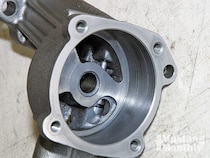 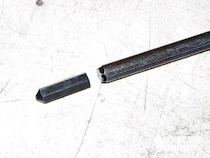 Because the EPA wants a minimum 100,000-mile lifespan from catalytic converters, they need a fighting chance at survival. Zinc in the oil undermines that survival. That's why both the automakers and Washington decided zinc had to be eliminated from engine oil.

Without zinc in the oil, wear for vintage engines with flat tappet cams increases exponentially. In fact, it is alarming how quickly it happens and how much damage it does. Zinc is crucial not just for cold start-up, but extreme conditions that make heavy-duty engine oils necessary for reliable operation. There's no magic in heavy-duty engine oil, just higher levels of ZDDP to help reduce wear.

The first thing you want to know about engine oil is if it has an "SM" rating, which indicates greatly reduced or zero zinc levels, which makes it harmful to your classic Mustang's engine. Do not use engine oil with the "SM" rating. Or, if you're going to use engine oil with the "SM" rating, use a zinc additive that will maintain proper ZDDP levels. Front and center for this issue is California, which wants all zinc eliminated from engine oil. Regardless of what government and industry mandate for engine oil, it is up to you to ensure sufficient zinc levels are maintained when you change or add oil.

ZDDP is crucial to engine wear and break-in issues because so many things need to happen when you fire an engine for the first time. When you fire a vintage engine with flat tappets for the first time and run it at 2,500 rpm for 30 minutes, you are work-hardening the cam lobes to ensure long life. Cam lobes not only move the lifters, pushrods, and valves, they also spin the lifters in their bores for proper function. The lifter and lobe must have sufficient traction for spinning to happen. This is why you don't want to run synthetic oil or friction-reducing additive during break-in. ZDDP helps lifter/lobe traction. It also works into your engine's hardest working parts.