Newsletter
Sign Up today for our FREE Newsletter and get the latest articles and news delivered right to your inbox.
Home
Muscle Mustangs & Fast Fords
Parts

The latest from Nitto offers outstanding dry performance and a big surprise in the wet. 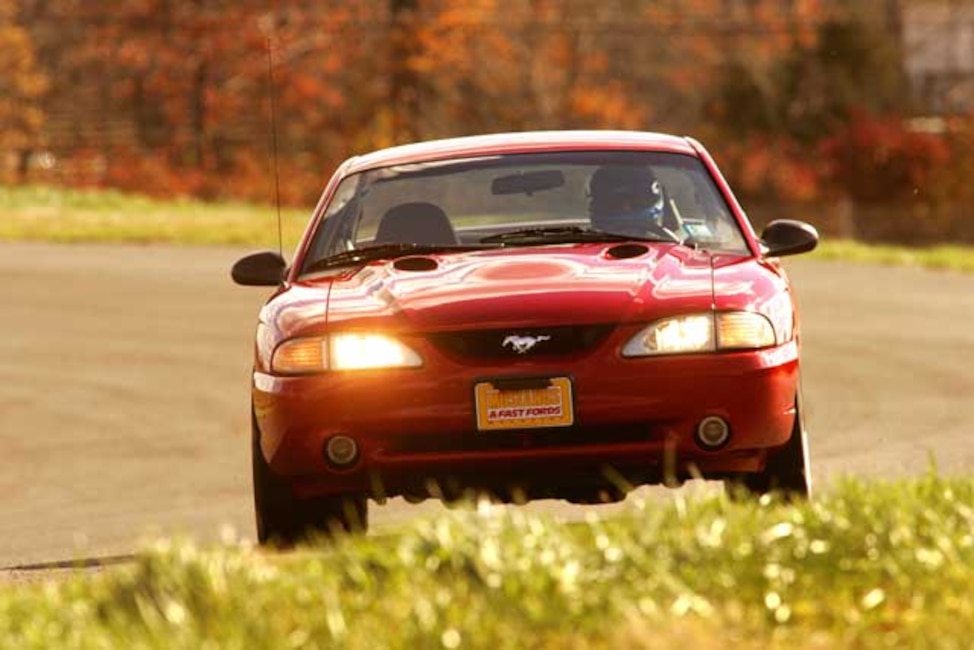 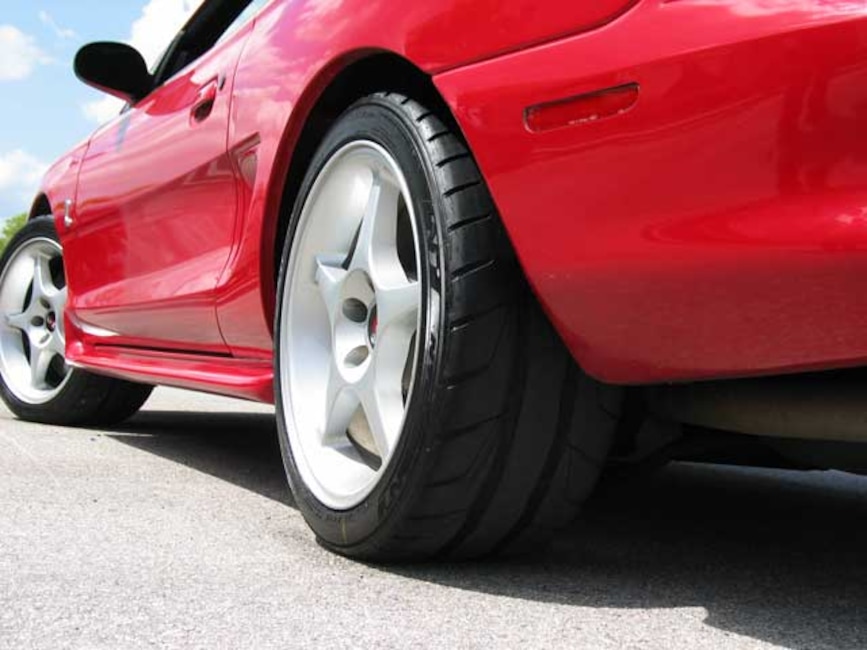 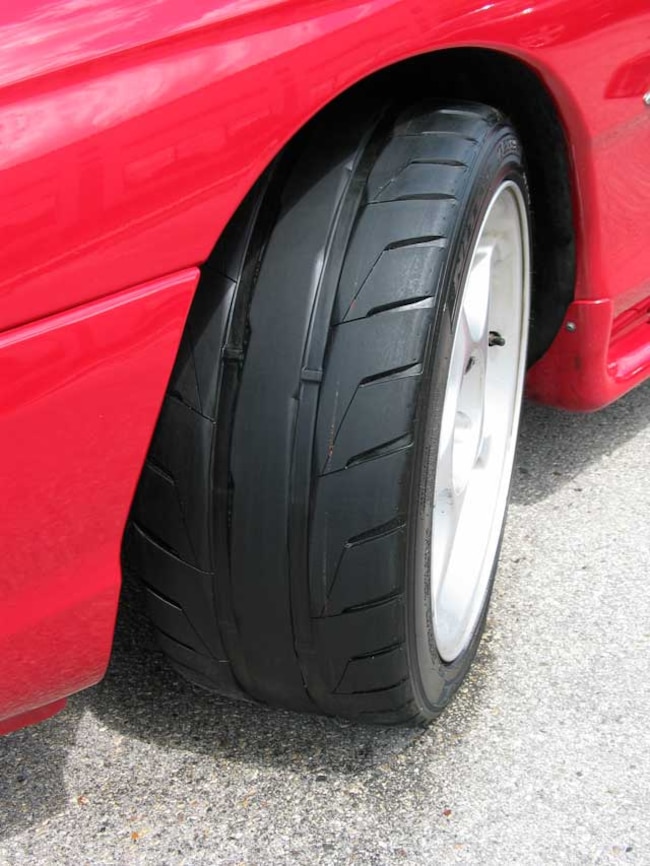 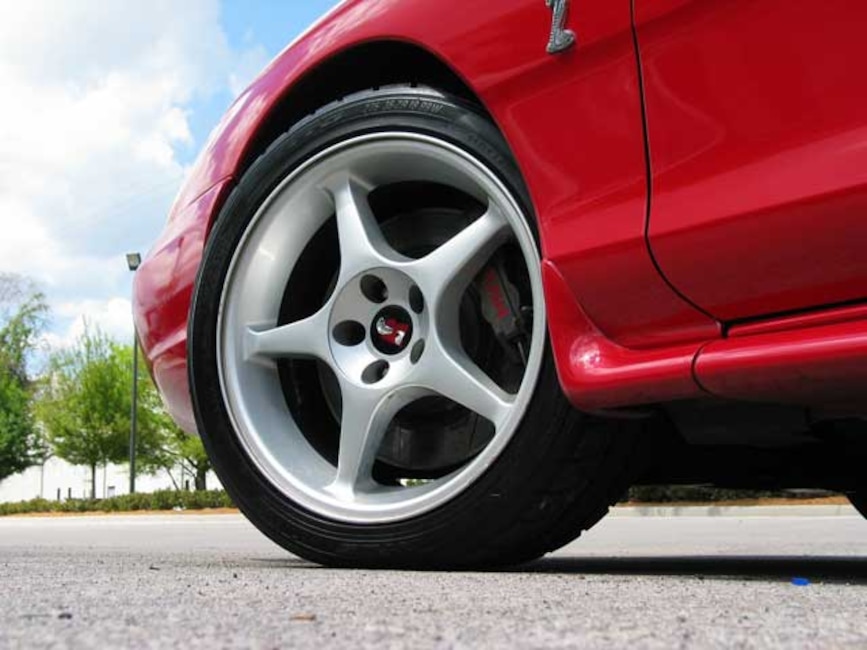 It's not everyday that a tire company rolls out a new ultra high performance tire line. The cost for research and development is astronomical, so is the marketing and advertising budget. Then you have to hope you reach your traditional buyers while snatching new customers from your competition.

Nitto Tire exploded on the late-model Mustang scene over a decade ago with its NT555 line (which it followed with a drag radial version and then a DOT-legal road-race variant). The "Triple Five" soon became the most popular Mustang replacement tire. They were available in a myriad of sizes and compared to the OE-tires Ford was equipping the Mustang with, the 555 was a hands-down winner. They were priced right, wore like iron and offered demonstrably improved dry traction.

But a decade is a long time in the tire business. Power levels have soared, suspensions (both from the factory and the aftermarket) offer way more grip (and potential grip), and the trend for brakes is bigger, bigger, bigger. Nitto recognized the need in its lineup for a tire line that offered more performance than the NT555 (300 treadwear rating) and yet not as radical as the race-derived NT01 DOT-legal road race tire (100 treadwear rating).

The answer is the new NT05, which offers nearly as much dry performance as the much-vaunted NT01 race tire, but without sacrificing streetability. The NT05s won't pick up every stone, pebble or nail on the road and throw them into your wheelwells. What shocked us about the new NT05s, however, was not their terrific performance in the dry, but their behavior in the wet.

We mounted one of the first sets available on our long-term project car, the '97 SVT Mustang Cobra known as Superfly, DOHC (Destroyer Of Hideous Camaros). With Team Muscle Mustangs' recent move from New Jersey to Tampa, we decided to give the Nitto's a real road test: 1,200 miles down the east coast and across Florida to its west coast.

Superfly has been in the Muscle Mustangs test fleet since it was brand new and has worn an untold number of different tires over the years, from the stock BFGoodrich radials to Pirelli PZeros, Nitto 555s, Nitto drag radials, and most recently 18-inch Toyo RA1 DOT-legal road race tires. From the minute we put the 275/35R18-inch Nitto NT05s on our 2000 Cobra R factory rims, we noticed a difference. The ride quality went up--though we had no complaint before in this department with the Toyos--and the new sidewall design actually improved steering feel. They were also noticeably quieter than the 555s on our 2001 Mustang GT project (the Ice Box).

We found ourselves attacking offramps with the NT05s the way we would with a full-on DOT-legal race tire. The grip was simply outstanding. Even now after 2,000 miles, the grin quotient remains sky-high.

On the way to Florida, we found ourselves in a deluge from Richmond, Virginia, to the Florida border. We were not expecting the NT05s to channel water the way they did. Their performance in the wet was a quantum leap beyond what we've come to expect from the 555s. Even at speeds approaching 90 mph, the car was glued to the road (no, we don't recommend this at home). The Cobra went through standing water practically unaffected. The only thing that slowed us down was the fact that it got to the point where the wipers could not keep up. We would have never attempted such speeds with the 555s.

We hope to have Superfly on a road course and/or autocross shortly. This will allow us to really put these new skins to the test, but at this point we are very, very impressed.