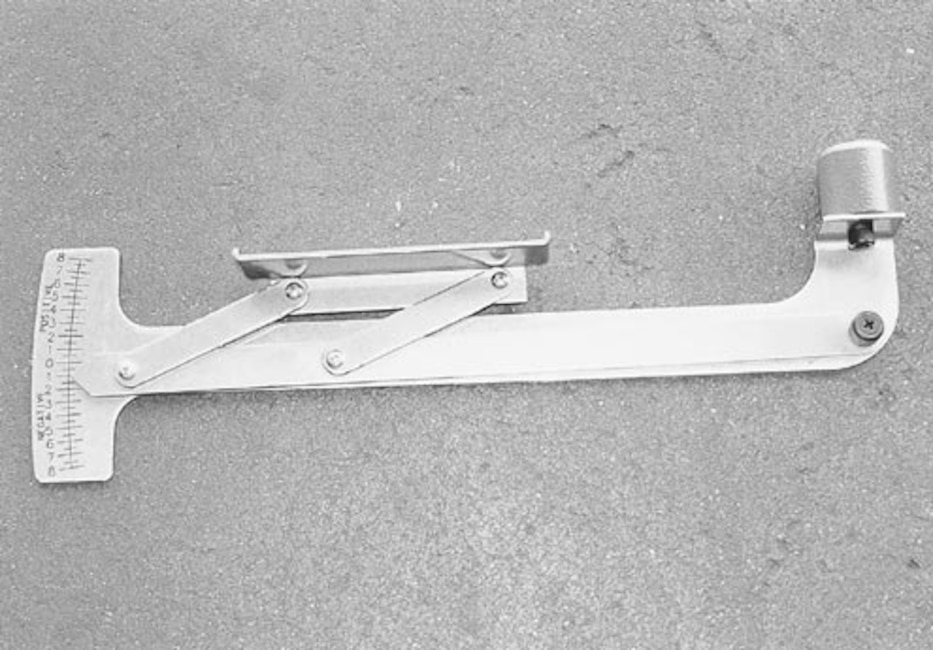 This is Powerhouse Products’ Driveshaft Angle Tool. It’s easy to use and has angle measurements on the left side to tell you the angle of your driveshaft. 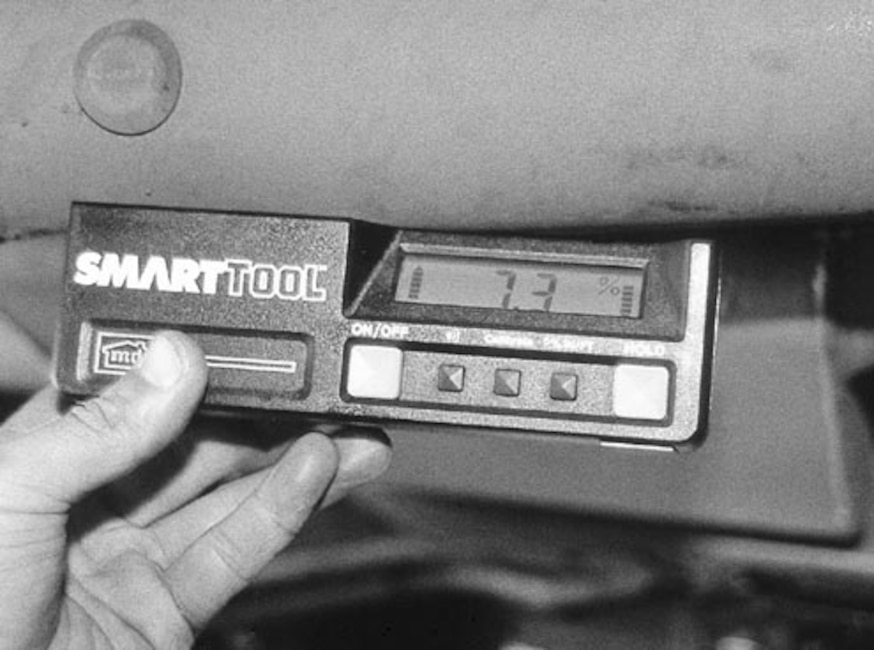 To show you just how accurate this tool is, here we used an electric angle measuring tool/level first to determine the angle. For photography’s sake, we had to put the car on a lift to get unobstructed shots of the driveshaft and rear pumpkin. The angles will be slightly exaggerated because of the zero weight on the tires and suspension, but you could use a drive-on lift for easy access and accurate angles. 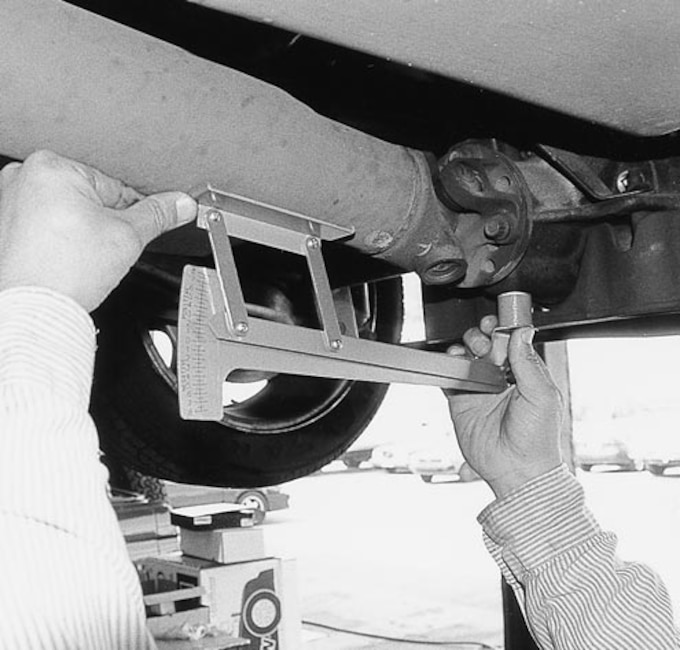 We substituted the Powerhouse Products tool and had Danny Banh hold it in the right spot. Notice that the right side of the tool has a small, circular, magnetic perch which attaches to the pumpkin, while the two perches on the left should be placed flush to the driveshaft. The needle then will relate what the angle is. If you’ve ever used a protractor, the pinion-angle tool is a cinch to use.

If you think about it, some things in this world were invented for one specific task. For example, there is only one use for a fork, a pencil, or even a watch (let's not get technical). I know what you're thinking. Sure, there may be some weirdo out there that may use one of these items differently than the rest of the world, but we can't count on their-how shall I put it-uniqueness.

The point is, automotive products aren't any different than the aforementioned items. There are many automotive products that have multiple applications, but on the other hand, the car- product market sure has its share of one-use products. Which brings us to the Driveshaft Angle Tool, made and sold by Powerhouse Products. This device really was designed for only one use, and although there may be some weekend warriors out there that feel like it can be used to lay the foundation on their house, or the deck for their newly built back porch, I have a sneaking suspicion they may be a little out of their league to begin with.

Just so we're clear on this, the $93.95 Driveshaft Angle Tool (PN POW351032) is in every way a great tool for determining on what angle your Mustang's driveshaft is resting, as compared to the flat ground on which the car sits. In other words, it won't read accurately if your car is resting on a 45-degree driveway, as there must be even pressure on all four tires. This tool comes in handy, especially if you've swapped to adjustable rear control arms which many companies now offer.

With the Driveshaft Angle Tool you'll be able to reset the control arms precisely at the same angle every time. So, if you happen to be going to the dragstrip one weekend and need to move the control arms to a different position for better traction, you can do it and have confidence that you'll be able to set them back in the original location and angle as before. Better still, you can ensure the angle is within the recommended range and avoid damage to the U-joints, driveshaft and rearend caused by an improper angle; adjustability is only good if you know how to adjust.

According to Danny Banh of DB Performance Engineering in Rosemead, California, the normal angle for any Mustang should be between 2 and 4 degrees under stationary load. This means that while the car is on flat ground with even load on all four tires, the angle created by the pumpkin (which should always be parallel to the ground) to the driveshaft should read between 2 and 4 degrees positive. Unlike so many tools these days (the tech age), there is no need for batteries or electrical outlets. This baby takes seconds to learn how to use and can be easily stored in a toolbox. Cool.