See the 1965 All-Wheel-Drive Mustang Built To Blow-Up YouTube with exclusive behind the scenes action! 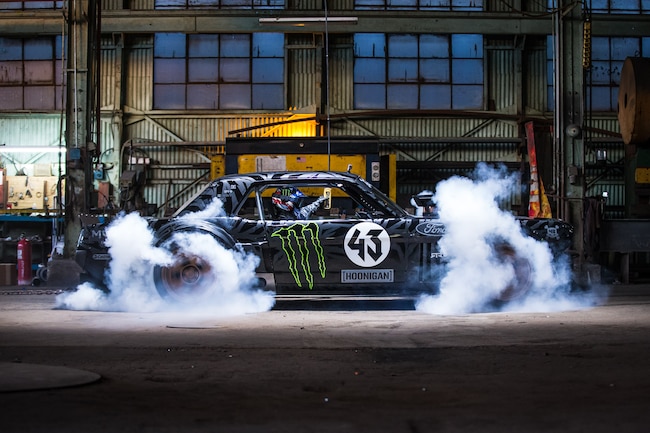 Happy 50th birthday Ford Mustang. For all of the hoopla, commemorative car shows, and even the launch of the all-new 2015 Ford Mustang—nothing honors your hot rod legacy better than hooniganism in Ken Block’s Gymkhana 7 video.

If you haven’t watch the YouTube video yet do so immediately—The Ken Block Gymkhana 7 video has done the impossible and given Steve McQueen’s famous Mustang movie clip a run for its money.

To give you this behind the scene’s look at Gymkhana 7, HOT ROD joined the Hoonigan Racing crew on the freeways of Los Angeles for at 5 a.m. shoot on October 5, 2014. We were invited in to show you the filming of the smoke rising up through the world-famous Highway 105 and Highway 110 interchange. The scene (which was originally intended to be the film’s grand finale) shows Ken’s 1965 Mustang screaming down the northbound 105 carpool lane before hooking a 180 to race under the 105/110 four-level highway interchange.

In the movie, Ken is shown blowing donuts around a nose-hopping lowrider (a scene which was actually filmed the day after near LAX airport) before making his way to a 40-second burnout around a barrel that was shot by cameras on a helicopter, drone, and a sphere of GoPro cameras to capture all of the action.

A few seconds into that burnout, Ken could no longer see anything, but he kept the car on course by feeling the barrel as he used the carbon-fiber nose of the Mustang to nudge it around. 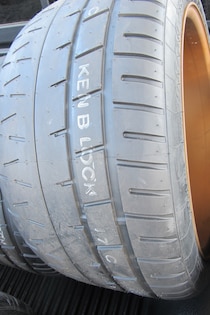 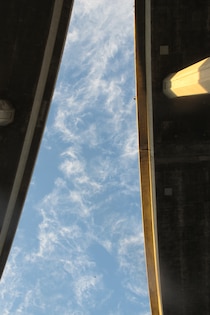 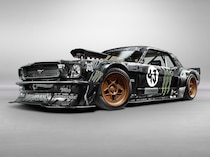 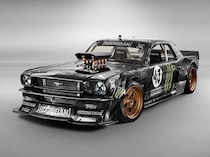 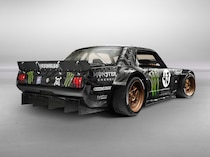 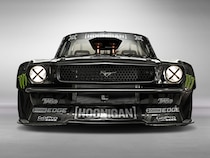 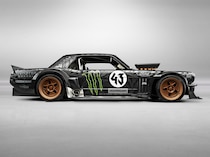 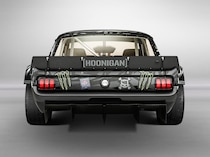 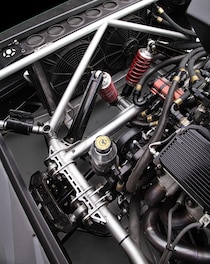