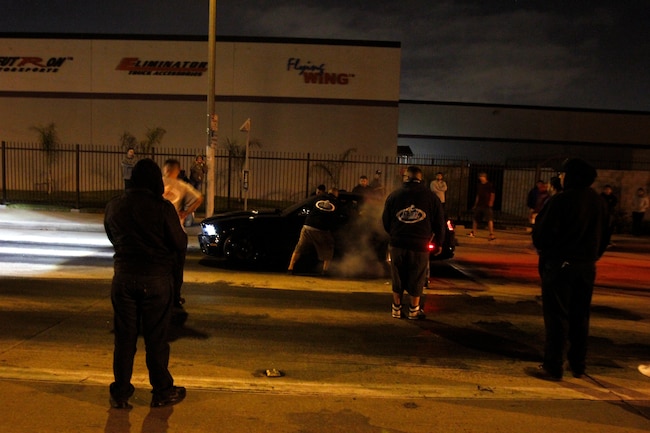 It seems that the NHRA is finding it problematic honoring competition licenses to those that participate in the Discovery Channel’s Street Outlaws reality cable show. They have issued letters to a select group of racers seen on the weekly show, basically warning they will be ineligible for future racing at NHRA events if they continue to appear on the show.

**UPDATE** nhra responds to the hate over their street outlaws letter

It’s created some lively discussions everywhere, and as you can imagine Facebook has gone wild, including NHRA’s own Facebook page, with all sides being posited from slanderous slams at the organization to supporting their warning for the obvious reasons that street racing is everything you know it is—mainly dangerous and potentially deadly.

Many are likening it to just a money grab, saying that with the one hour Street Outlaws show garnering a better share of viewers in the 18-49 year old male demographic than NHRA’s Mello Yello ESPN event broadcasts, that it’s an embarrassment for the NHRA and could potentially siphon off sponsors.

Of course we wonder if the NHRA would continue to take sponsorship money from companies who also happen to advertise on the reality show? Would the NHRA send similar letters to all Street Outlaws sponsors who advertise in National Dragster or sponsor their events or broadcasts? If the NHRA feels that this is unbecoming to the sport as they state, do they also feel it would be unbecoming to the sport if a certain driver posed naked for ESPN magazine in 2013? Where does the NHRA draw the morality line?

Even though the show is [spoiler alert] scripted and staged, we know Street Outlaws sends the wrong message that street racing is exciting and fun—which we also know it is. But, with the potential for things to go wrong in a hurry being part of the street racing equation, can you really blame the NHRA for defending the foundations which they were built upon?

Tell us how you feel about this latest development, and we’ll have more on this after speaking with the NHRA and possibly some of those that received one of these Valentines.