Next-Generation Ford Focus to Debut in Europe This April 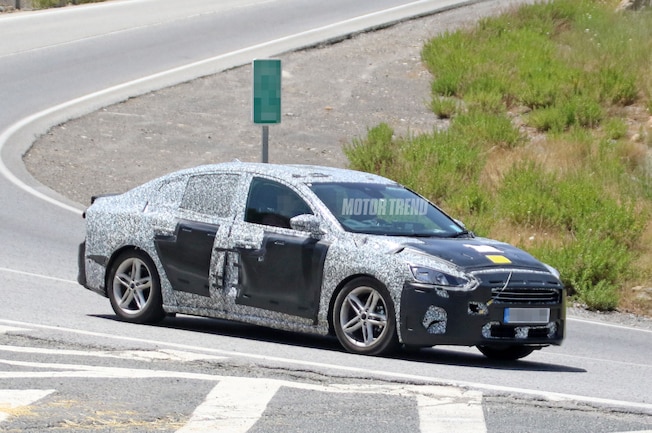 The next-generation Ford Focus will debut in Europe at a stand-alone event in April, instead of the Geneva auto show, according to a report from Automotive New Europe.

Ford will continue to build the European Focus in Germany but the North American model's production will move to China in mid- to late-2019 after production stops in mid-2018 at the factory in Michigan where the Focus is currently produced.

This means the Focus will not be produced for North America for about a year, but Ford says this will save the company up to $1 billion. Given that fact and the recent surge of crossovers in the U.S., it makes sense Ford is unveiling the next Focus in Europe instead of North America.

Launched in 2012, the current Ford Focus is showing its age in a competitive segment that includes recently redesigned rivals like the Honda Civic, Chevrolet Cruze, and the Kia Forte. Additionally, Focus sales have steadily dropped since 2012 with 2018 expected to be the worst sales year for the Focus.

We expect the next Focus to go upmarket and showcase a greater distinction between models as fewer units are expected to be sold. In Europe, an upscale Vignale version will be offered along with sporty ST-Line, performance ST, crossover-like Active, and station wagon variants. North America may receive a similar lineup.

The Blue Oval has been quiet about engine offerings, but with Ford's big investment in electrified powertrains, we hope the Focus Electric returns-with a longer driving range-along with a new hybrid or plug-in hybrid model.

The upcoming Focus should grow in size, offering more passenger and cargo room. So far, we have only seen camouflaged mules testing in hot weather and in the snow with some shots of the new interior.