“New” 1964-66 Mustang Convertibles are Being Built in Florida. Want one?

Revology Releases Details on Their New 1964 to 1966 Mustang Replicas 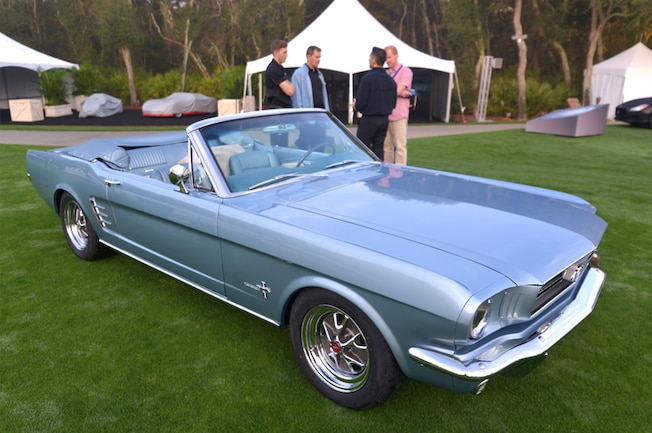 Revology’s new early Mustangs are not restomods. They aren’t picking up tired and twisted shells and reworking them into the final product. Instead, they take it a step further by starting with an entirely new body shell.

The Ford-licensed, Dynacorn-manufactured body includes many structural changes to increase torsional rigidity, reduce NVH, allow for just about any Ford drivetrain to fit (including Modulars and big blocks), and adapt Revology’s many suspension upgrades in order to solidify the foundation of their new Mustang.

Those changes help to accommodate Revology’s MacPherson front suspension and three-link rear suspension, which is based on the late-model solid axle Mustangs. These changes not only increase the handling capabilities of The Revology Mustang, but they also increase ride quality well beyond anything we could wish for from an original stock suspension Mustang. Other chassis updates include power disc brakes on all four corners, rack and pinion steering, side-impact bars and a collapsible steering column,

The subtle rethinking carries into the interior of The Revology Mustang, too. The trick power window switches are built into the old window crank, pushing or pulling on the crank activates the window. LED lighting is used throughout the vehicle to increase visibility of the original five-pod instruments. The Revology Mustang also houses a modern audio system behind stock-appearing components, including hiding USB and auxiliary jacks in the ash tray.

Power is still traditional small block Ford, using an updated EFI 302ci V8 backed by your choice of a five-speed manual or automatic (with overdrive) transmission.

Sticker price starts at $119,500, and Revology offers both a fastback and convertible bodystyles. Revology is currently taking orders, with an expected Spring 2016 delivery. For more information, visit www.RevologyCars.com