Ford Mustang, The Legend Lives! Satisfy your Mustang driving thirst with this new out racing game.

Mark Houlahan Tech Editor, Mustang Monthly
April 27, 2005
Would you ever trade paint in your '70 Boss 302 or '69 Mach 1? Meneither, but now you can have all the paint rubbing fun you want withoutthe body shop bill.

For several years, 2K Games has been working closely with Ford MotorCompany to produce titles, such as the Ford Racing series (now in itsthird iteration); this time around they've partnered with Eutechnyx todeliver the ultimate racing title for Mustang fans everywhere. FordMustang, The Legend Lives contains nothing but Mustangs, and featuresover 40 production, concept, and racing models from 1963 to 2005, allrendered in high-quality detail, including reflections, shadows, andmore.

You can choose from 22 life-like racing environments in sevencities across the U.S.A. Game modes include coin-op-style Challengemodes, and a Career mode where your racing proficiency unlocks new cars,tracks, and game modes. You'll race using arcade-style racing physicswith realistic AI (artificial intelligence) from opponents, as well asobstacle traffic, and "pick up and play" gameplay that makes for ashort learning curve. Add the value price of just $14.99, and it's asimple decision to add Ford Mustang, The Legend Lives to yourever-growing stack of console game discs. 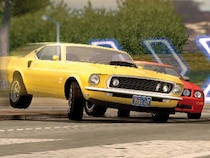 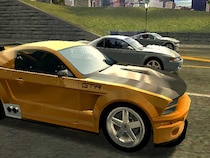 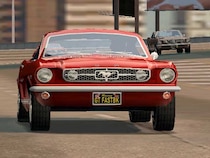