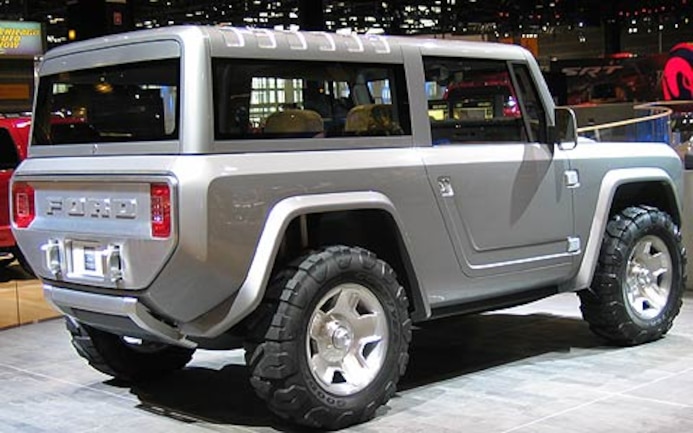 At the 2016 Chicago auto show, Ford announced that it will add four nameplates to its global SUV lineup in the next four years, including in segments that the automaker doesn't currently compete. The Blue Oval said that millennials and baby boomers are driving the growth in demand for SUVs while their increased fuel economy are making consumers less sensitive to the cost of fuel.

"As members of the 80-million-strong millennial age group enter their prime child-rearing years, a leading indicator of more SUV sales, nearly 80 million aging baby boomers continue to prefer their SUVs," said Mark LaNeve, Ford's vice president for marketing, sales and service. "It's a demographic double whammy and it all points to one thing -- more SUVs for the foreseeable future."

LaNeve also cited recent research done by Ford that found that once millennials begin thinking about starting families, their interest in SUVs grows significantly, and represent additional growth opportunities for the automaker. Baby boomers, on the other hand, stay or return to SUVs because they are easier to get in and out of thanks to their increased ride height. Additionally, according to LaNeve, "baby boomers feel younger and more active" when they drive an SUV.

Improved fuel economy in SUVs have also contributed to the growth in SUV sales in recent years, which led Ford to believe that owners of SUVs won't get pushed back to passenger cars should gas prices rise. "Some SUVs now rival the fuel efficiency of V6-powered midsize sedans from only a few years ago," said LaNeve, "and as baby boomers grew up with much less capable, much less efficient vehicles, they tend to appreciate the efficiency of Ford's newest SUVs."

Ford's announcement is the latest evidence that the auto market is shifting further toward crossovers and SUVs. Recently, FCA announced it would seek partners for developing small cars and midsize sedans -- effectively killing the current Chrysler 200 and Dodge Dart -- due to a stronger demand for crossovers. Just last week, Toyota killed its Scion brand, citing changes in buyers' preferences as one of the primary reasons.

Earlier this week, we reported that the Ford EcoSport will likely join Ford's U.S lineup thanks to the small crossover segment's rapid growth. But what's perhaps more interesting is a future vehicle revealed by a Ford-UAW contract late last year. The contract detailed a new SUV due by 2020 that could be the Ford Bronco. It would be assembled at Ford's Michigan Assembly Plant, and could be based on the global Ford Ranger, which is also slated to come here.