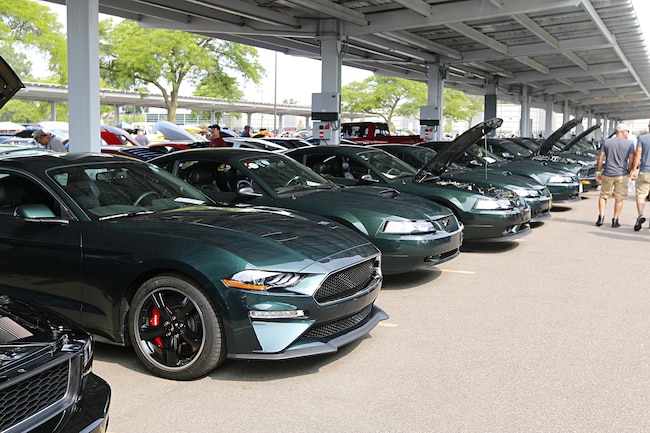 We recently ran across an interesting analysis by Robert Folsom, Elliott Wave International’s senior markets researcher, about the relation between the Stock Market and the Mustang Bullitt. Who is this guy and what is Elliot Wave International? Folsom has covered politics, popular culture, economics, and the financial markets for more than 25 years, and Elliott Wave International is claimed to be the largest independent technical analysis firm in the world. Its award-winning publications provide useful insights and engaging commentary on all major financial asset classes and indexes around the globe. EWI’s unique perspective on market behavior and cultural trends sets it apart from other financial publications. Here’s what Folsom had to say about the Bullitt edition Mustangs and our economy.

In October 1968, the action film Bullitt came to theaters. The movie starred Steve McQueen, who defined the idea of "cool" for a generation. Other famous faces in the film included Robert Vaughn, Jacqueline Bisset, and Robert Duvall. Yet, there was one other star of the movie: the Ford Mustang GT Fastback. Bullitt helped make the Mustang as cool among muscle cars as Steve McQueen was cool among Hollywood stars.

The '68 Mustang from Bullitt plays the star to this day. It became the main attraction at the 2018 Detroit auto show, unveiled as the authentic mustang from the movie by the family who had secretly owned the vehicle for 40 years.

The car is so memorably cool and such a unique brand, that Ford Motor Company has brought a commemorative Bullitt Mustang model to market once, twice, and now a third time. Remarkably, all these appearances came at very specific junctures in the stock market.

Bullitt debuted in theaters in October 1968, the very month that the Dow Jones Industrial Average registered an important peak. The stock market index stayed mostly below that price peak during the 1970s and early 1980s. Yet in 1982, the trend turned, and a years-long bull market unfolded all the way into 2000. In 2000, at a major top in the Dow, Ford announced the launch of the 2001 Bullitt Mustang.

The Bullitt Mustang is just one example. You may recall the fast, high-performance muscle cars and sporty convertibles of the 1960s bull market; the power-challenged Pinto, Gremlin, and Vega of the 1970s bear market; the supersized SUVs that filled driveways during the 1990s market mania; the return of the more compact PT Cruiser and Volkswagen Beetle as the market began to roll over thereafter; and the miniature Smart cars that made a splash during the 2008-2009 auto industry crisis that coincided with a bear market. Check out chapter 29 in the book for a full historical survey of mood, markets and car styling.

The auto industry’s recent embrace of speed, size and power suggests that today's mood trend is maturing. When that trend turns, buckle up. Rocky conditions will be ahead.