They Were Good Back in the Day; You Can Make It Better 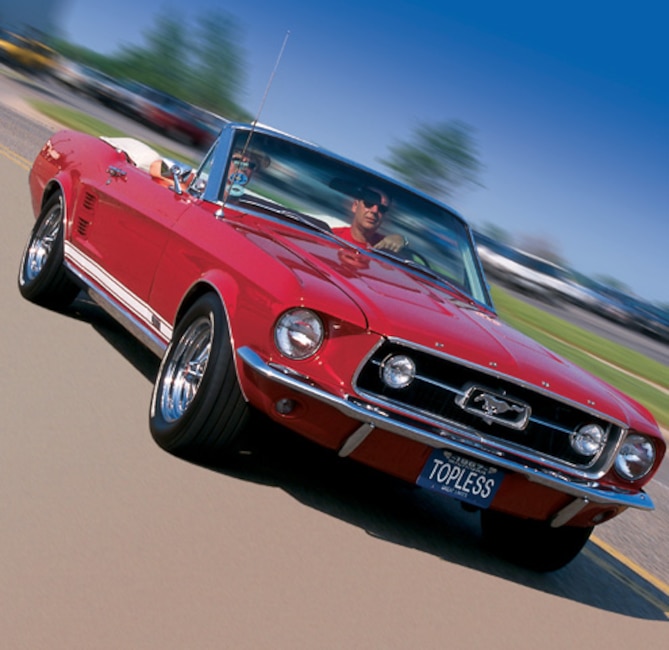 The GT is a Mustang that was and is a stalwart of the Ford line. It did service from 1965 to 1969, then took a hiatus until 1982. Many may know that GT stands for Grand Touring. But what exactly does that mean to the Mustang enthusiast? It seems even Ford had a problem keeping the idea of Grand Touring stable.

The early Mustangs, and thereby GTs (’65-’66), were Pony in nature, neither brute nor sports car. Thus the name ponycar was derived to support the new flavor of performance. The early steed seems to be a mild-mannered car about town when sporting the 289 4V, C4 automatic slush box, and mild gear sets. Even with the more furry-chested 289 Hi-Po the car was no match for the big-inch GTOs and other muscle cars of the era. Then as the years progressed, some of the GTs became monsters, all musclebound and full of testosterone. Even so, most GTs were more like their forefathers, hefting around 289s and 302s (both 2V and 4V models). Only in 1969 did Ford give the GT a more performance-oriented base model V-8 with the 351 2V.

But what about now and what about you? What constitutes a True GT? That question has as many answers as there are people to pop the question. However, we can break the owners into four basic groups. In this article we’ll help you figure out where you are—or are not.

Of course that was then, this is now. Nearly 40 years later the GT is showing its age. Time and progress have supposedly taken some of the verve that the GT of yore had. Or has it? We don’t think so. However, there are updates you can make to a GT to make it a True GT by today’s standards. To say what a GT is to you will be hard. Obviously, the purist in us will say the car should remain what it was. True. Certain real GTs should be left alone, especially the rare ones.

But couldn’t one take an average Mustang and spiff it up to GT specs, or more importantly, your GT specs? Ford originally said the Mustang was a car to be built by you. Ergo, we are going to delve into what you you might be. Keep in mind that you might be a mix of all these types. That’s fine, just mix and match what you want.