Coming To The Rescue of a Downtrodden 1992 Mustang GT 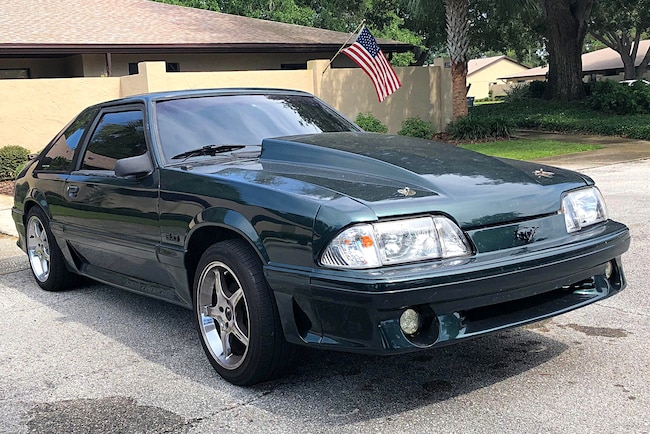 When it comes to owning your first Mustang, many times you are unaware of the demons lurking under the surface. It's most likely you don't see them because, like they say, "Love is blind." We buy a Mustang because we want one so bad. We're willing to overlook some of its rougher edges, mechanical maladies, or its multi-colored interior, in the name of simply owning a Mustang. Sure enough, though, once you get the car home, and those rose-colored glasses come off, you have to admit to yourself that maybe you should've remained patient in your search.

However, it's too late, you own a Mustang, so now what?! You can punt, and just sell it, hoping to recoup your money. Or you can get to work; pull up your pants, roll up your sleeves, and get busy. After all, the parts are available to rejuvenate any Mustang. All it takes is work, time, and of course, money.
Our newest project is this 1992 Mustang GT we call Project Nephew. It's owned by this author's nephew, and the car is his first Mustang. He looked at several cars before settling on this particular car, and not being very mechanically inclined, he was unsure of what to go over before making the trade for his existing Ford Expedition. Therefore, what he became the owner of was a Fox Mustang in need of work; at this point, most of them do need a rescue.

First things first, the car's exhaust, or lack thereof, was pretty disappointing. At some point after driving the car for a short period of time, one of the mufflers fell off. We've only witnessed a muffler come off while attending a drag race, and that happened more than once. For a street car to lose a muffler, that is a sign of shoddy work. We even tried to reattach the muffler, but the existing pipe wouldn't hold up. Obviously, the exhaust needed help, and it was addressed.

The engine compartment had issues, as well. It had an electric fan that didn't seem to work very well. The spark plug wires drew too much attention for our tastes, but also featured a few cracks and burns. The engine, as far as we can tell, just has a Trick Flow StreetBurner intake, but it had the injectors and mass air of a car making 500 horsepower. The 42 lb/hr injectors made for a drivability nightmare, so that was also on the list to replace.
Safe to say, even though this is the first installment for Project Nephew, it won't be the last. We have our hands full with this one.