Ford Performance brings the Power Pack to every Mustang enthusiast 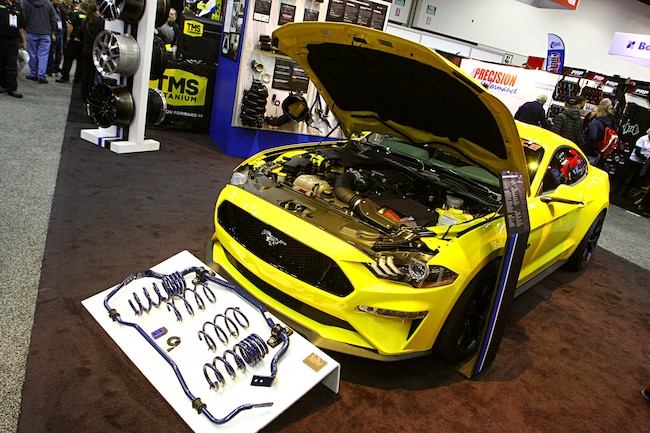 Everyone acknowledges the fact that the production Mustang GT was meant for the average Mustang enthusiast. Plus, there are noise, vibration, and harshness standards to which every auto manufacture must adhere. In a nutshell, production cars are built for the masses, even performance cars. Ford Performance, however, knows that most of us just want to go fast. That’s why we buy a Mustang GT in the first place.

With the current Mustang’s OBD-II systems, you’re going to need some electronic assistance when upgrading your Mustang. That electronic assistance comes in the form of Ford Performance’s ProCal 3, which features a performance tune aimed at improving horsepower, throttle response, and calibrations for manual and automatic transmission applications. Ford Performance has a Power Pack 1, Power Pack 2, and Power Pack 3, and all feature components aimed at improving performance.

If you like being at the head of the class, though, you will want to go straight for Ford Performance’s M-6066-M8 2018-2019 Mustang GT supercharger kit. A partnership between Ford Performance and Roush Performance, this supercharger kit uses a R2650 supercharger featuring new TVS technology, an integral air-to-liquid intercooler system, an 87mm throttle-body, proper air inlet system, fuel system upgrades, and the corresponding drive belt. Best thing about the Ford Performance supercharger kit is that it comes with a warranty if installed by an authorized Ford/Lincoln dealer. Yes, 700 horsepower and an intact warranty…that sounds really good to us. Whatever Power Pack you choose, just know that Ford Performance is always there to help lower your Mustang’s elapsed times.