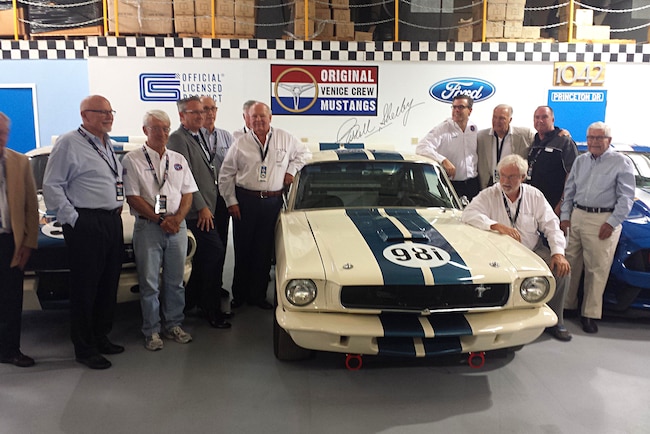 Mustang-360.com has reported a few times about Shelby American’s Original Venice Crew (OVC) building turn-key continuation Shelby G.T. 350s in Shelby’s facility in Gardena, CA, including a bit on OVC welcoming restorations of existing Mustangs and Shelbys. We spent a few minutes with OVC’s CEO Jim Marietta at the 2019 Barrett-Jackson Scottsdale auction to get the story from the horse’s mouth.

As our previous story mentioned, Marietta said, “Over the past year, many discerning collectors and enthusiasts have approached us to maintain and restore their performance car. It is becoming very difficult to source the knowledge, talent, and parts necessary to maintain these special vehicles. Since Ted (Sutton) and I were at Shelby American when many of these cars were introduced during the 1960s, they were anxious to secure our services. So we’ve begun accepting a limited number of these special machines. This makes OVC perfect for people who really care about authenticity, reliability, and most of all, winning.”

Surprisingly, Marietta provided his cell phone number for those that want to inquire about either purchasing a continuation G.T. 350 or commissioning OVC to work on their original Shelby Mustang. If you’re interested in either, call him at (714) 305-8578.