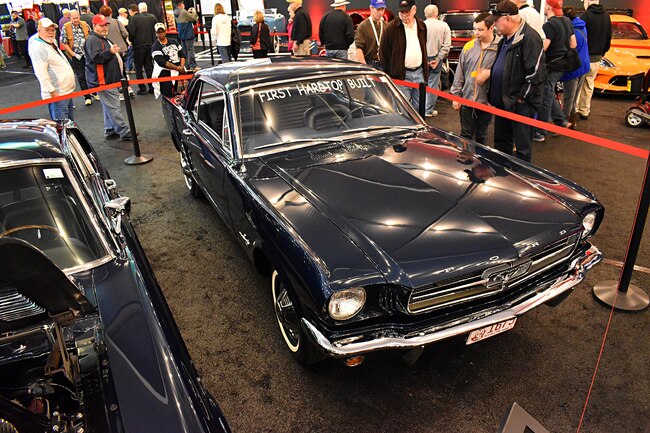 This significant vehicle was hand-assembled at the Ford Pilot Plant and is one of three known existing Pilot Plant Mustangs to survive. Completely restored to factory new specifications, it is powered by a 170ci 6-cylinder engine coupled to a 3-speed manual transmission. Documentation included in the sale was a set of two binders containing ownership and condition affidavits from all the previous owners, along with photos, statements, and signatures from high-profile originators of the Mustang, including Lee Iacocca, Hal Sperlich, Don Frey, Gale Halderman, and others. Fria also included a letter from Ford Motor Company confirming this as the first Mustang hardtop built.

Pay attention when viewing the upcoming 20th Century Fox Pictures film, “Ford vs Ferrari”, dealing with the 1966 race at Le Mans—it features this rare coupe. The scheduled release date is this summer.