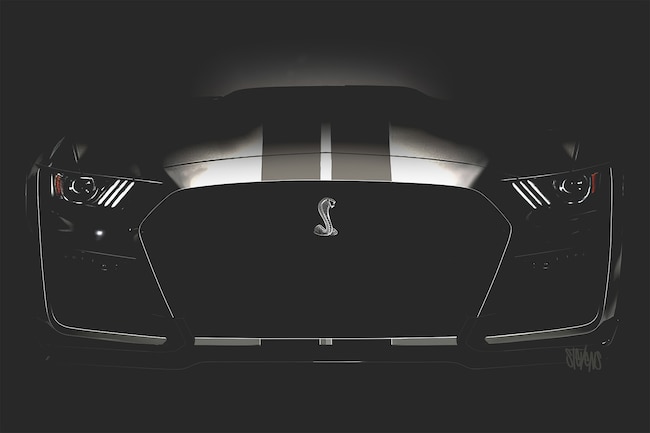 It is no secret to most of the automotive enthusiasts around the world that Ford’s upcoming 2020 Shelby GT500 is going to be one stout car. While little has been leaked everyone is expecting over 700 kitty-killing horsepower (Hellcat that is, we love actual cats!) with braking and handling upgrades that will leave competitors scrambling to their drawing boards for updates. Of course it is no secret that the new GT500 that is coming is going to have a healthy window sticker as well (and we won’t even get into the whole dealer markup argument either).

That said, if your pockets are deep enough, and you just HAVE to have the first 2020 GT500 off of the assembly line, then you’re not going to want to be anywhere else in the world on January 18, 2019 then the front row at the Barrett-Jackson [www.barrett-jackson.com] Collector Car Auction in Scottsdale, Arizona. It is there that Ford will be auctioning off VIN 001 with all proceeds going to help Juvenile Diabetes Research Foundation (JDRF) research a cure for Type 1 Diabetes.

“JDRF always needs more muscle to help kids fight diabetes, so we are donating one of our heavyweights—the very first 2020 Shelby GT500,” said Joe Hinrichs, Ford president, Global Operations. “We have supported JDRF for many of its nearly 50 years, so we know there’s no easy cure. That is why we are using our most iconic vehicles to help researchers find cures and help millions of children live better lives until that day arrives.”

Edsel Ford II and Aaron Shelby will rekindle the performance magic their two families have created for decades by helping build excitement for the car as it rolls across the block. The winning bidder of lot number 3,008—selling at no reserve to whatever top price is tendered at the auction—will become the owner of the coveted first production Mustang Shelby GT500 and can choose from all available colors and options. The proceeds will add to the more than $2 million Ford contributes to JDRF annually, a total of $60 million during 35 years of partnership. Live coverage of the auction will air on our very own MotorTrend Network [https://www.motortrendondemand.com].

The new 2020 Ford Shelby GT500 carries on the continued legacy of Carroll Shelby and Ford Motor Company collaborating together to bring the masses specialty vehicles and Shelby-engineered versions of Ford’s Mustang. What started with the Cobra roadster in 1962 has become a 50 plus year of milestone cars and industry firsts. From the classic Shelby G.T. 350 and G.T. 500s to the Hertz Shelby Mustangs and of course the modern day GT500 that re-launched in 2007.

“Over the past decade, Ford, Shelby and Barrett-Jackson have given enthusiasts the opportunity to collect some very rare cars,” said Craig Jackson, CEO and chairman, Barrett-Jackson. “In 2015, we sold VIN 001 Ford Shelby GT350 at Barrett-Jackson, giving JDRF a cool million dollars. We look forward to hosting members of the Ford and Shelby families again when they auction VIN 001 of the newest Mustang Shelby GT500 for charity.”

The 2020 Ford Shelby GT500 will be introduced to the public at the North American International Auto Show in Detroit Jan. 14, 2019, ahead of the auction of VIN 001, The NAIAS debut is where we’ll all learn of the new GT500s full specifications The limited-production car will be available in the United States and Canada in the fall of 2019.