After stints at SEMA and the LA Auto Show, Bullitt 559 takes a well-deserved break on display at America’s Car Museum 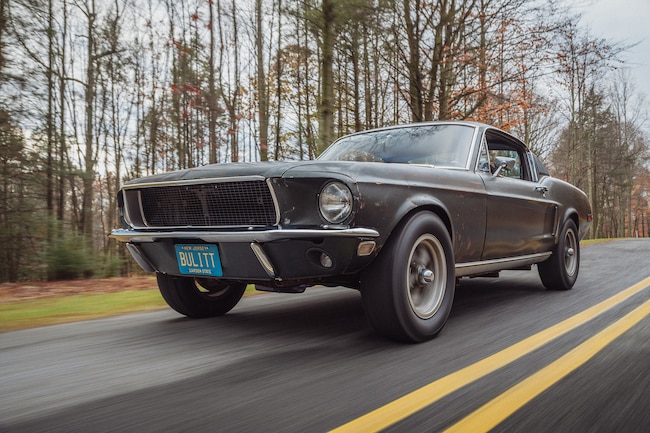 After riding a yearlong wave of publicity, public event displays, and busy fall schedule that included SEMA week and the LA Auto show, the original Bullitt movie star car driven by Steve McQueen and owned for over 30 years by the Kiernan family—known as Bullitt 559—is going to get a well-deserved rest at America’s Car Museum (ACM) in Tacoma, Washington through April 25, 2019.

“Steve McQueen was one of those rare individuals who was able to infuse his passion for motorsports directly into his films, and there’s no better example than Bullitt,” said AAT Vice Chair David Madeira. “It’s not every day that we get the chance to showcase a vehicle that has made such a lasting impact on the way cars are presented on film. It’s humbling to share the long and storied history of this Mustang with ACM guests.”

Bullitt, released in 1968 at the height of McQueen’s fame, certainly has left a lasting history with car buffs and pop culture fans of every type, but especially Mustang fans. The 9-minute and 42-second chase scene was revolutionary for its time—putting the audience inside the vehicle while driving on actual roads and building suspense without any spoken dialogue—a film style that would later define Director Peter Yates’ vehicle chase scenes.

The authentic feel of Bullitt was achieved through a number of factors including real stunt driving, where drivers reached speeds as high as 110 mph through the streets of San Francisco, only possible because San Francisco’s Mayor Joe Alioto (who only charged one dollar for permission to film) recognized how much publicity the city would get from a McQueen movie. Rather than building lavish sets, the filmmakers were able to utilize many parts of the city as a backdrop.

Rumors of the surviving Bullitt Mustang permeated the hobby for years, but the Kiernan family kept the Mustang hidden until Sean Kiernan brought it back out into public view with Ford at the 2018 North American International Auto Show (NAIAS) nearly half a century after the movie premiered to promote Ford’s 2019 Mustang Bullitt Edition model. The Mustang still wears its original Highland Green paint and many movie studio modifications for camera mounts and stunt driving with just a few safety updates to make the Mustang safe for driving again (brakes, tires, etc.)

Following its reemergence at NAIAS, the Bullitt Mustang became the 21st vehicle inducted into the Historic Vehicle Association’s (HVA) National Historic Vehicle Register and its documentation, photographs and history will be archived in the Library of Congress so that future generations can see the car as it stands today.

“The story of this vehicle is as unique as the car itself,” added Madeira. “We’d like to thank Sean and the HVA for giving us the opportunity to celebrate the history of one of film’s most influential cars.”

ACM will be holding a screening of Bullitt and a Q&A with the car’s owner, Sean Kiernan, in late January. Details for the event will be revealed at a later time on ACM’s website, www.americascarmuseum.org.