ModNationals Is Taking Place This Weekend At SGMP 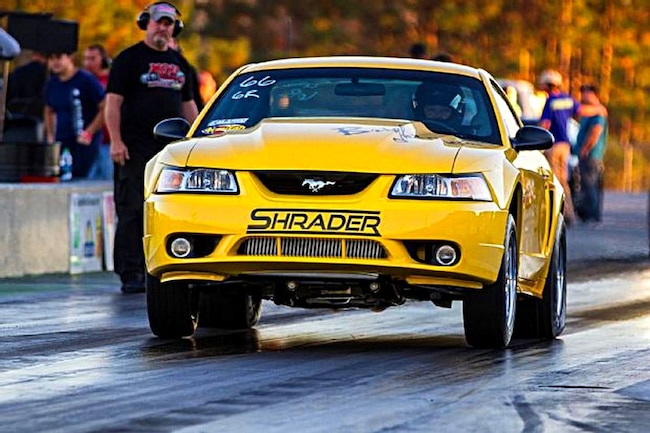 Years ago, modular-based races took place, but at the time they were the Studebaker Avanti-equivalent. Meaning, they were ahead of their time. These days, the modular Mustang community is much larger and very capable of supporting their own race. Case in point, Justin Young’s ModNationals at South Georgia Motorsports Park (SGMP) is his third modular-based event, and judging by the excitement surrounding it, there will be many more in the years to come.

This weekend, November 9 – 11 the ModNationals takes over the already legendary SGMP for its third edition of matching the top modular-powered Mustangs against each other in heads-up competition. With classes such a Modular Outlaw, King of the 4V (Coyote vs. Cobra), Outlaw All-Motor, Small Blower Class, 6R80/10R80 Shootout, Modular True Street, Driver Mod, Battle of the Underdogs (Two-Valve vs. Three-Valve), Open Comp, Heavy Street, Modular Truck, and the NDMF (Roll Race) class.

That’s quite the list of modular-based classes, and the only class not requiring a modular or Coyote engine is Open Comp, as that class is open to all makes and models. Therefore, if you have a modular-powered Mustang or Ford, we hope to see you this weekend at SGMP.

If you want to see quality modular-powered, magazine feature-worthy Mustangs like Kurtis Forsberg’s 1997 GT or Steve Shrader’s 1999 GT, the ModNationals is the place to be this weekend.
One class we’re really interested to follow is the 6R80/10R80 Shootout. This class is designed for cars featuring either a 6R80 and 10R80 transmission with seemingly unlimited power adder options. This class could spawn a few 7-second passes, so we can’t wait to watch this class unfold.