Bullitt 558 and Bullitt screenwriter to attend as guest speakers 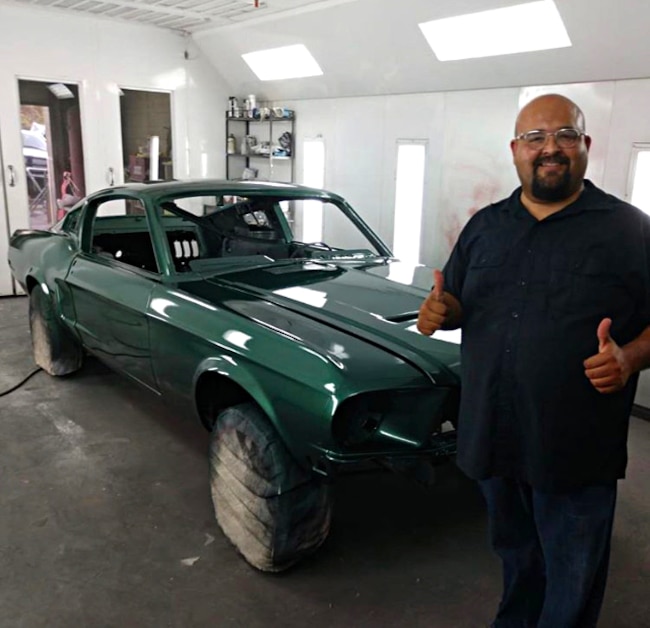 As we get closer to the end of 2018, updates on the 55 Years of Mustang event, coinciding with the grand opening of the Mustang Owner’s Museum in April 2019, are steadily hitting our desk. Like any of the big anniversary shows of years past, the 55 Years of Mustang event, which will be held at Charlotte Motor Speedway, is shaping up to have a great list of guest speakers, seminars, special displays, and more.

The most recent announcement from the Mustang Owner’s Museum staff is in regards to everyone’s favorite Mustang movie—Bullitt—and its infamous San Francisco chase scene. While the hero car (known as 559, which is the last three digits of its VIN) owned by the Kiernan family has been making the rounds of events/displays, Bullitt 558, which was used for stunts and other driving footage, is currently being restored by its owner, Ralph Garcia, after being found in Mexico. Once thought to be crushed and long gone, Bullitt 558 is getting the royal treatment with help from Kevin Marti. Garcia has agreed to reveal the restored Bullitt 558 at the 55 Years of Mustang and Mustang Owner’s Museum events to be held in Concord, NC, in April of 2019. In addition, Garcia has graciously agreed to conduct one of several seminars. He will discuss the finding of Bullitt 558 and the particulars of its restoration process.

In other Bullitt news the Mustang Owner’s Museum has also stated that one of the 55 Years of Mustang guest speakers confirmed so far is none other than Alan Trustman. The noted screenwriter is known for such big screen hits as The Thomas Crown Affair, and They Call Me Mr. Tibbs. However, to the world of Mustang enthusiasts, he is best known for his screenwriting duties on Bullitt. Trustman’s appearance as a guest speaker will mark the first time Mustang enthusiasts will have the opportunity to hear details from the screenwriter himself. We’re sure all Mustang enthusiasts, especially those that consider themselves “Bullittheads” will be most interested in the stories Mr. Trustman is sure to share during the event’s guest speaker engagements. For more information on the 55 Years of Mustang events, visit www.mustangownersmuseum.com.