World’s First Mustang Hardtop To Be Auctioned Off 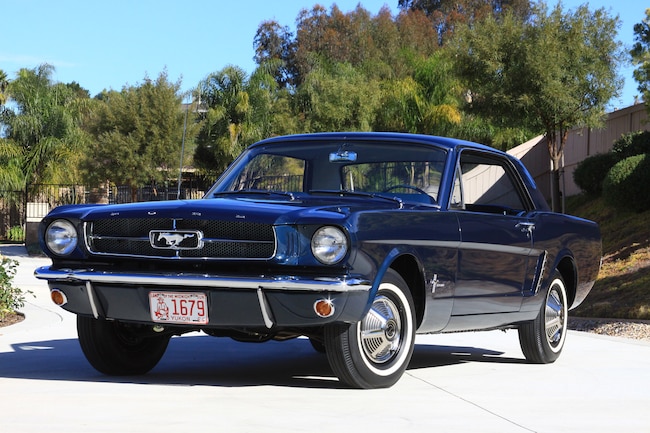 Back in 2004, Mustang Monthly did a story on Bob Fria’s 1964 ½ Mustang hardtop, the very first hardtop Mustang to ever be sold (http://www.mustangandfords.com/featured-vehicles/mump-0405-1964-ford-mustang-restore/), and in May 2017 we reported that Bob was going to offer the car up to the highest bidder at the Mecum Auction in Indianapolis. We reported, “Mecum’s estimated value of this one-of-a-kind Mustang is between $450,000 and $650,000, and although the bid was closed at $300,000 it didn’t meet Fria’s undisclosed reserve and did not sell on Saturday, May 20. About the experience, Fria said, ‘The Mecum people treated me like royalty and were there every step of the way. They also did some tremendous advertising on the car, but the bidders just weren’t there. It became apparent to me that the majority of people attending auctions, and I’ve been to other ones too, are interested in the current trends, which is hot rods, restomods, and the big engine cars. I think there are more 427 Corvettes out there today than were ever built.’”

Since the car didn’t meet the price he wanted for it, he’s giving Mustang collectors another shot at putting one of the most significant Mustangs in the world into their collection, by sending it across the block at the Barrett-Jackson Scottsdale (AZ) auction on January 19, 2019. But this time, there is no reserve. Bob said, “At the Barrett–Jackson auction this coming January, it will be offered at no reserve and some lucky Mustang buff will drive it home. It’s time to whittle down my estate collection and I hope a deserving new curator will step forward to own an ultimate piece of Mustang history. Once it goes into another collection, it may not be sold again in a generation, so this may be a once-in-a-life time opportunity. This museum quality restored Caspian Blue Mustang is world known by its true origin names: as a surviving Ford pilot plant car (one of three known to exist); as a Dearborn pre-production vehicle; and as the first Mustang hardtop to receive a VIN, 5F07U100002. Provenance is complete in a binder with all of its history from day one. The number of all Mustangs built by Ford is now over 10 million and this car was the first hardtop.”

Here’s hoping that either a passionate Ford or Mustang collector snaps up this one-of-a-kind Mustang in January. If not, we suggest that Bob display it in the soon-to-open Mustang Owners Museum in Concord, NC, MustangOwnersMuseum.com, which opens on April 17, 2019. Yep, that’s 54 years to the day after the Mustang was debuted at the New York World’s Fair.