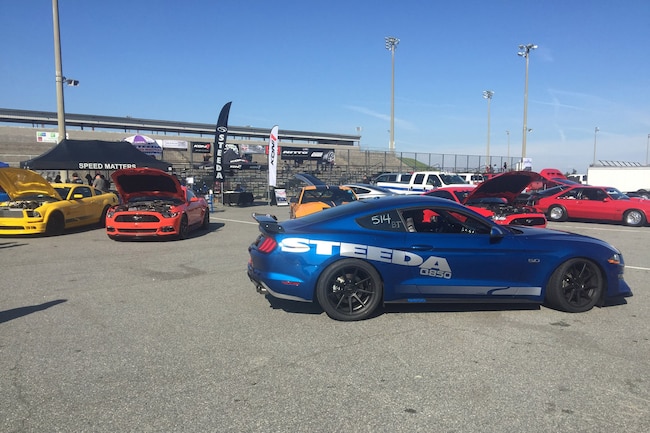 Back in the day there were muscle cars and pony cars. Muscle cars were midsize intermediates with big-block engines, whereas pony cars were your smaller long hood/short deck configurations with mostly small-block combinations. Pony cars were designed for Trans-Am racing while their larger intermediate counterparts were busy battling it out in NASCAR competition.

Pony cars included Mustangs, Barracudas, Camaros, Javelins, AMXs, and the like. Meanwhile, muscle cars were larger Fairlanes, Galaxies, GTOs, Chevelles, Chargers, and the Road Runner/GTX models. Of course, many blurred lines existed back in the day. A lot of cars in those days like the pre-1970 Barracuda, the 1967-1970 Mustang, and first- and second-generation Camaros were equally at home at the dragstrip and the road course. These days, a lot of those names are no longer represented, with the Mustang, Camaro, Challenger, and Charger being the lone muscle car/pony car iterations.

To try and keep these rivalries alive, Steeda Autosports holds its Pony Wars at South Georgia Motorsports Park (SGMP), just north of Valdosta, which is also home to the company’s manufacturing facility. Both drag racing and road course action takes place at Pony Wars since SGMP’s large expanse allows for a small autocross course to be set up on the premises.

Of course, we’ve been Steeda fans almost as long as the company has been in business so were happy to check out the event. We will bring you more from the event in the coming days, but until then, here’s a gallery of all the action from Steeda’s Pony Wars.