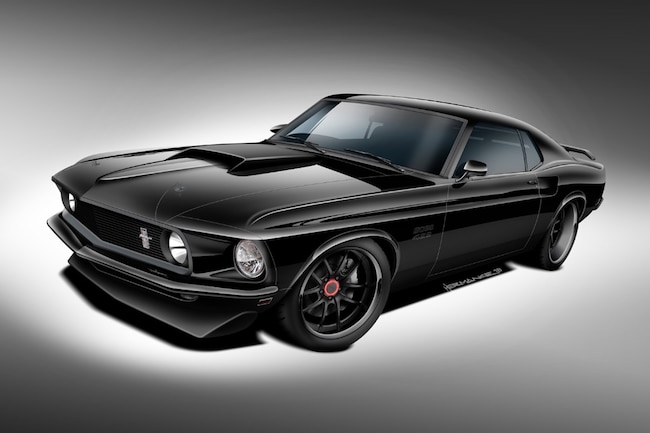 As we get closer to the annual SEMA Show in Las Vegas (October 29-November 2), we keep hearing of more cars set to debut at the automotive industry trade show. The latest comes from Classic Recreations (CR, classic-recreations.com), an Oklahoma-based shop that has built several feature cars in Mustang Monthly. Classic Recreations builds custom high-performance cars to customers’ orders, but they specialize in Mustangs, specifically Shelby “clones”. We put the word clones in parentheses because CR has a licensing agreement with both Ford and Shelby American so that each build is thoroughly documented and included in the Shelby Worldwide Registry upon completion.

At this year’s SEMA Show, the Ford and Shelby-licensed continuation car manufacturer and custom coachbuilder will debut the first vehicle built under its new license with Ford Motor Company in the Centerforce Clutches booth on Tuesday, October 20. The 1969 Boss 429 Mustang is equipped with an 815 horsepower 514ci stroker engine featuring a Centerforce DYAD clutch and flywheel, updated valvetrain, and cutting edge EFI and engine management systems.

Pay attention to this site that week as we’ll be bringing you more information and photos of this car and its debut, as well as a plethora of other goodies from SEMA that you WILL want to see!