Get Ready For The Next Death Race Installment 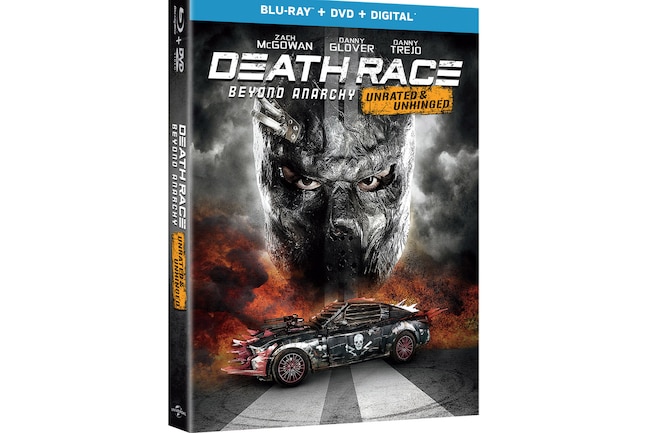 As Mustang enthusiasts we often find joy in pointing out any and all references to our beloved Blue Oval product in commercials, movies, and advertising within magazines and such. I for one can’t be the only Mustang owner who has gone to see a movie simply because it had a Mustang in it. I know you’ve done it too, and I’m not talking about a venue where the Mustang is the primary character either. We so much as hear word of an obscure 30-second scene and we’ll be in line to buy a ticket. Maybe movie studios know this, maybe they don’t, but I know that when we get wind of a movie or TV show that has a Mustang in it, we love to share it with our readers.

Believe it or not, underneath those machine guns, armor plating, and flame-like body spikes lives an S197 Mustang. We were hoping for a little more detail from one of the stunt team, but we’ll just have to watch the movie ourselves and see what we can decipher.

This particular movie is part of a franchise. You may remember the original Death Race from 2008 (although if you’re a real movie buff you might consider the original Death Race to be the Sylvester Stallone/David Carradine one from 1975!) with everyone’s favorite action hero, Jason Statham. When that movie hit theaters many enthusiasts went to see if for the Mustang that Statham (as Frankenstein) drives in the race. We even produced a feature story on the Mustang in 5.0 Mustang & Super Fords, which you can read HERE on Mustang-360.com).

So when we got wind of this latest Death Race film—Death Race: Beyond Anarchy—we wanted to know if the history of using a Mustang as one of the vehicles continues, and indeed it does, though not by Frankenstein himself but a new racer, Conner Gibson (played by Zach McGowan). He infiltrates the race in an effort to take Frankenstein out! Besides McGowan, the movie, now the fourth in the series, also features great character acting from Danny Glover and Danny Trejo! Also returning to the series is a favorite of ours, Fred Loehler as “Lists.”

As for the Mustang itself, it is based off a 2010-2014 S197 Mustang and is heavily modified to handle the driving action. If you’ve never seen a Death Race movie don’t expect the Mustang to come flying by onscreen looking fresh from the showroom. No, for Death Race cars to last through the race they are heavily armored and heavily armed. They look like they have been to hell and back. But hey, it’s still a Mustang and still fun to watch it get tossed around by the actors and stunt drivers.

Danny Trejo returns from the previous film as bookie Goldberg for this latest installment.
Baltimore Bob, played by Danny Glover, is a new role to the franchise.
If you’re a true Death Race fan you’ll want to pick up the four-movie box set. Like the original Death Race movie box art and the new Beyond Anarchy cover, this box set features the Mustang front and center too! 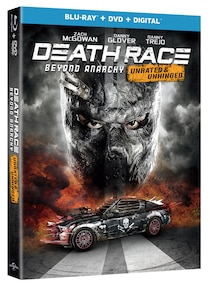