Foxcast Media’s Project Road Warrior is Getting a Coyote Swap 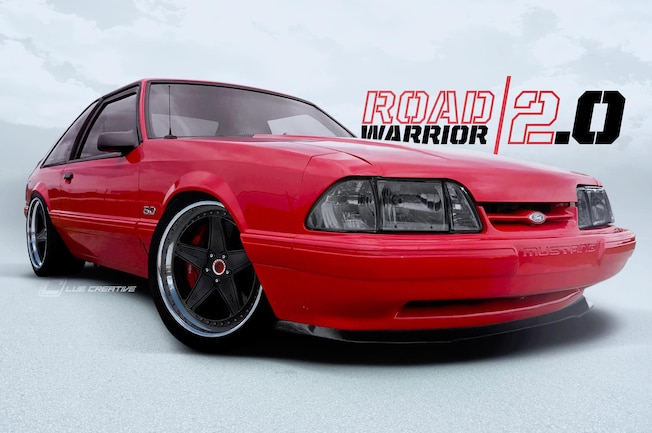 The Fox Mustang’s popularity is at an all-time high. Prices are on the rise, even for an entry-level Fox not in prime shape. It wasn’t long ago you could pick up a decent Fox for $3,500. These days it takes $6,500 to get into one not needing a bunch of work. The resurgence is due in part to a new generation of Mustang enthusiasts discovering them, putting their own personalities into their builds. Many Fox enthusiasts weren’t even born when they first roamed the streets, but just like those of us in our 40s fell in love with muscle cars, the Fox Mustang is the younger generation’s muscle car.

Good thing for Caleb Richards, he purchased his 1992 Mustang LX in 2010, long before Fox prices started to go up. It could be said Caleb is one of the reasons Fox prices are through the roof. He founded Foxcast Media, which is dedicated to all things Fox Mustang. Caleb and Foxcast are all over social media, bringing more and more attention to the Fox Mustang, and all the new builds taking the hobby by storm.

The engine Caleb is using is a 2011 F150 engine updated to Mustang Coyote specs. Project Road Warrior will feature a Maximum Motorsports tubular K-member, Kooks long-tube headers, a JLT Performance cold air intake and engine cover, a Dakota Digital cluster, and a Power by the Hour front accessory drive system. The engine compartment is being treated to Scott Rod Fabrication inner skirts before the Coyote finds a home under the hood. Behind the Coyote will be a Hanlon Motorsports-built 3650 mounted to the underside via a Stifflers transmission crossmember. Caleb says he’s going to start out with a naturally aspirated combination, but the engine will see boost at some point. Either way, Steve Moberley at Scram Speed will be handling the tune.

One build he’s super stoked for is his own. Even though it ran just fine with a heads, cam, intake pushrod combination, when Caleb founded Foxcast Media, the car became Project Road Warrior. Caleb hit the road in the car to spread the word about Foxcast Media, but eventually he wanted to take the car to the next level. Therefore, at the beginning of winter, Caleb started down the road to Coyote power. Harris Lue from LUE Creative (Spelled it right this time, Harris) worked up a rendering, while Caleb set about the plan. “The goal is a daily stock-looking Fox that packs a hell of a Coyote bite,” Caleb says.

Caleb’s well on his way to building Project Road Warrior into exactly that. Don’t worry; we’ll keep you posted as the build goes along.

To us, there wasn’t a thing wrong with Caleb’s 1992 Mustang LX hatch. However, like all of us, there’s always something we can improve. A red hatch sitting on chrome ponies is hard to beat, but with a lot of help from Jeremy Dover, Caleb’s goal is to make the car way better. National Parts Depot (NPD) will be sourced for several exterior and interior items to make them match the Coyote under the hood. His plan for Project Road Warrior sounds exactly like what we would do.