One of a kind Mustang helped launch the Mustang RTR brand 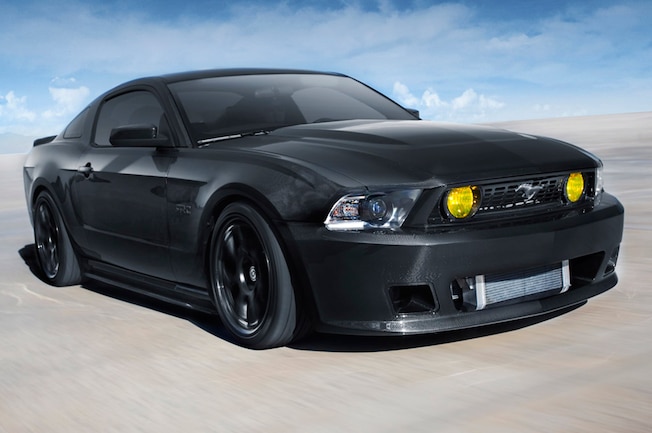 For those of you that enjoy following the Barrett-Jackson auction there’s an interesting piece of Mustang history that’s going to cross the block this weekend at the Barrett-Jackson Northeast event. Lot #658 is of course a Ford product, and naturally a Mustang as well, but other than those two commonalities there’s no other Mustang quite like it on the planet. Lot #658 is none other than champion Formula Drift driver Vaughn Gittin Jr.’s 2010 Ford Mustang RTR-C!

The RTR-C was built as the halo vehicle when the RTR brand was launched back in 2010. It debuted at the 2009 SEMA show in the inside Ford display and you couldn’t get within five feet of it the crowd was so thick around it. We remember having to get into the show before opening hours just to get a decent photo of it for our SEMA coverage!

The RTR brand has grown since then, offering turn-key Mustangs in Ford dealerships across the nation, plus building other halo vehicles like Vaughn’s very own 1969 Mustang RTR-X and even Ken Block’s infamous 1965 Mustang Hoonicorn RTR that was used in Block’s Gymkhana 7 video.

You might be asking yourself what’s so special about this particular RTR model, besides it being the first built for the company and its “halo” car. Well, the important thing to notice is the “C” in the model name. That stands for carbon. Yep, this Mustang’s exterior skin and much of the ground effects and interior trim are 100 percent carbon fiber. Even the wheels, which are 20-inch HRE CF40s, are made in carbon fiber as well! The exterior sheet metal of the body was removed and was then replaced with carbon fiber, dropping 500 pounds from the weight of the factory 2010 Mustang. The carbon fiber parts were molded off of Vaughn’s Formula Drift Mustang and built by Autosport Dynamics, the same company that builds his race vehicles. As you’ll notice in the photo gallery below, the carbon fiber panels aren’t just a quick mish-mash of panel thrown onto the Mustang’s skeleton. No, much care as taken to ensure that the carbon fiber material’s weave pattern matched at the seams, much like the Pagani Zonda.

Good luck, happy bidding, and if you take this beauty home please let us know! 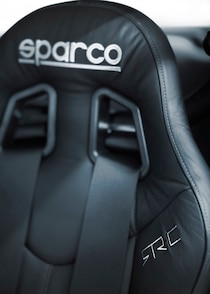