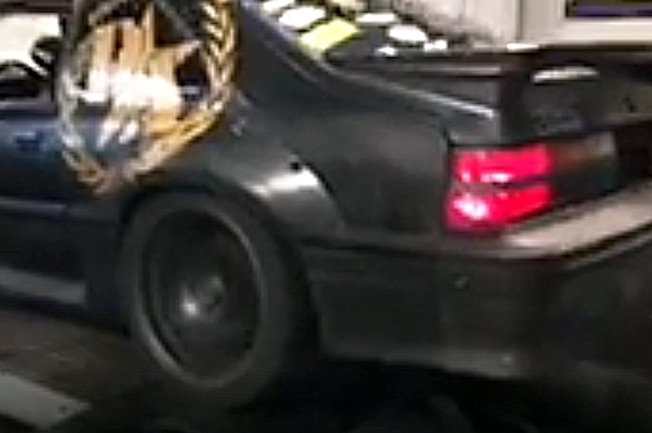 Everyone needs a play toy, even Vaughn Gittin, Jr.. For a guy who spends his life in a variety of outstanding fun-havers, he still needs a play toy. Well, this 1990 Mustang GT is exactly that. The Fox has a Ford Performance 363-inch small block with an Edelbrock RPM II intake, long-tube headers, MagnaFlow mufflers, and an SCT mass air meter and chip. “The intake and header combination is meant to broaden the torque curve, not make peak power,” says Revolution Automotive’s Adam Browne. Behind the 363 are a Ford Performance TKO transmission and a 2003 Cobra IRS.

Of course, since you know Vaughn’s profession is that of drifting, the Fox GT features extended-length front control arms for increased steering angle, along with a secondary set of clutch, brake, and throttle controls on the passenger side for, “shotgun excitement.” With a conservative 400-rwhp on tap, we’re sure there’s plenty of excitement, no matter where you’re sitting.

If you want to see Vaughn in action with the Fox GT, he’ll be at Old Bridge Township Raceway Park in Englishtown, New Jersey this Sunday, June 4, 2017 for Club Loose’s ProBroDown event. The gates open at 11AM, and drifting starts at noon.