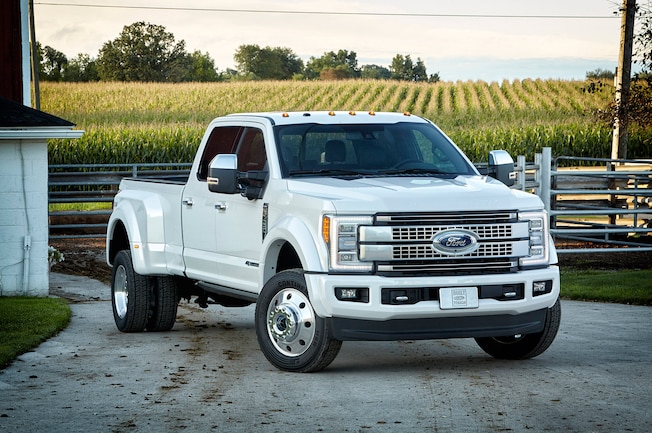 No need to scroll back up and double check the name of this website. We know that our main content focus is Mustangs here at Mustang-360.com, but we also know that the majority of our visitors are like us—bleeding Ford blue! Our spouses and kids often drive Ford vehicles, and of course many of us have the tough F-Series trucks in our driveway that pull double duty as the family hauler and the show car or drag race hauler as well. So we’re more than happy to share Ford’s news that the venerable F-Series has been racking up the awards already in 2017!

Coming off of the heels of being awarded our sister magazine Motor Trend’s Truck of the Year, (the 2017 F-Series Super Duty, the Super Duty’s first time taking home that award) the F-Series can now add top-selling truck in the USA for 40 straight years and the best-selling vehicle for 35 years! Ford has now sold more than 26 million F-Series trucks since January 1977. Think of it like this: That many trucks could circle the globe more than three times, or, lined up bumper-to-bumper, would span 90,000-plus miles. To celebrate Ford has launched 40yearstough.com for loyal F-Series owners.

“What’s made the F-Series so successful is the Ford truck team’s ability to anticipate the needs of our customers better than anyone else—how those needs change, what’s most important, and what they need to move forward,” said Todd Eckert, Ford truck group marketing manager. “Their insights help us design, engineer and build America’s best-selling trucks.”

F-Series innovations and milestones, 1977 to present:

•2016: New Pro Trailer Backup Assist helps make backing up a trailer as easy as turning a knob; plus F-150 is only full-size pickup to earn a five-star rating from National Highway Traffic Safety Administration and a Top Safety Pick from Insurance Institute for Highway Safety