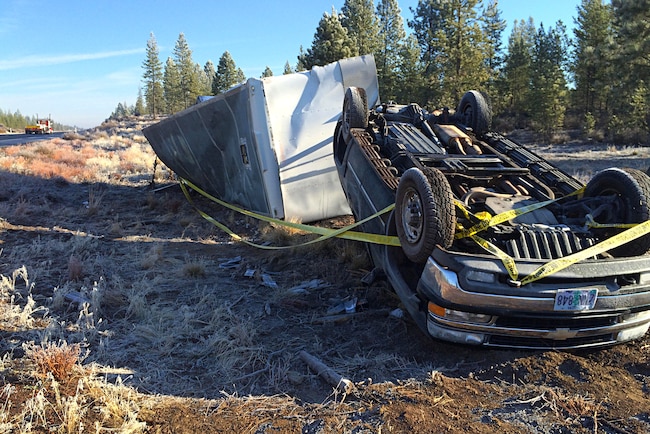 You may remember Brett Behrens’ wild ’78 Mustang II restomod (to put it mildly) with Triton V-10 power from May 2015 and also the August 2015 issue of Mustang Monthly. One of the better executed Mustang II builds we’ve ever seen, the car and Behrens both had a stellar outing at the 2015 SEMA show in 2015. But sadly, after the show Behrens and his car had an accident on the way home to Oregon after SEMA.

Behrens told us, “As I walked around SEMA this year (2016), I reflected back over the year. Since SEMA 2015, I realized that a lot has happened with my new venture in the automobile business (Specialty Car Solutions) and with my 1978 Mustang II.

Fall 2015, particularly SEMA 2015, was a high point of my professional life. My business had just secured its first line of credit to expand and my Mustang had won two prestigious awards at the SEMA show. It was an amazing experience to have my Mustang chosen as a “Top 5” car by Gran Turismo and it received one of the 10 coveted “Golden Ticket” invitations to participate in the Optima Ultimate Street Car Invitational.

That week was a whirlwind; it was exhausting. After Optima’s event, I decided to take my time on the way back home and made it a multi-day trip. I visited family while attempting to avoid storms along the way. All went well until I was 30 miles outside of Bend, Oregon when I hit black ice towing the trailer with the Mustang inside.

Before I knew it, I was hanging upside down in a caved-in Chevrolet Suburban and had to crawl out the back window to escape the wreckage. The Suburban and the trailer had hit the embankment and flipped three times. It was a serious accident, but miraculously I was not injured and received immediate assistance from a nice couple that saw what happened.

I was extremely lucky to walk away with no serious injuries and had most of the property damage replaced through internal resources or insurance proceeds. The Suburban and trailer were borrowed from A-Team Restoration and were replaced with a new trailer and similar vehicle. And amazingly, the Mustang had landed on its tires within the trailer and had minimal damage. Since there was minimal damage to the Mustang, we were able to receive insurance proceeds to make the repairs and decided to make some changes from the first iteration. A-Team Restoration did a great job building the car, but I decided to move the car closer to home and have Mayhem Customs do the second iteration.

We decided to make some appearance revisions since bodywork had to be done. First, we made the side vents smaller to better follow the natural bodylines of the car. Then we decided to make the most controversial change: we deleted the Toyota Celica taillights in favor of a Ford option. (I think that the Ford purists will really like this change.)

However, the biggest change is coming to the engine. The Ford V10 really had a “WOW” factor for being different, but it really didn’t have the “POW” factor when it came to power—the stock internals and the stock ECU were really choking the performance. That is going to change when Mayhem Performance, an affiliated company to Mayhem Customs, starts the rebuild of the engine. First, the intake will be totally different. We’re moving to a stack-injected setup that utilizes a custom intake manifold with Speedmaster individual throttle bodies. The stock ECU is being scrapped and replaced with a Holley Dominator ECU. This setup will significantly increase horsepower and torque and further quiet all the V10 naysayers.

My Mustang II has seen some upsets, but it will be better and more refined than before. So, more to come for the Mustang aficionados in the next few months.”

And yes, as soon as the car emerges from the shop and is ready to photograph, we’ll bring it to you here at Mustang-360.com.