No Mustangs Were Harmed in the Making of This Twosome 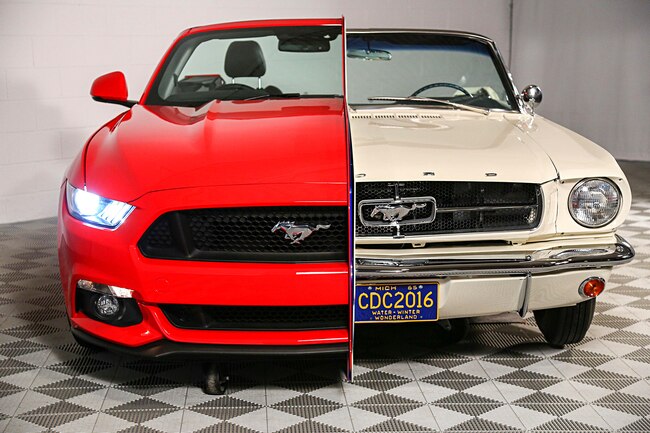 Back in early May, Ford Motor Company presented an unquestionably distinctive display to the National Inventors Hall of Fame (NIHF) museum (within the United States Patent and Trademark Office complex in Alexandria, Virginia.) Formed of portions of 1965 and 2015 Mustangs joined longitudinally, this side-by-side blending of Pony generations — separated by a half-century — now forms part of a permanent Intellectual Property Power™ exhibit, and is meant to highlight the importance of patents. You can read Ford’s background information about that display’s purpose and significance here.

So that explains why it all came about, but we figured Mustang Monthly readers might also like to know how it came about. More to the point: who built this extreme example of split personality? Well, Ford commissioned the task to the trusty crew at Classic Design Concepts (CDC) in Wixom, Michigan, where we happened to be visiting—and getting some photos you won’t see anywhere else—on the day before the peculiar pairing shipped off to its new home in Virginia.

Fear not—no “real” Mustangs were cut up in the interest of museum artwork. CDC crafted the 1965 side entirely from available Ford-licensed aftermarket hardware, starting with a reproduction sheetmetal shell. Meanwhile, the S550 portion came from a right-hand-drive export prototype that was otherwise destined for the crusher. With that worry out of the way, it’s easiest to let our images and captions tell the tale: 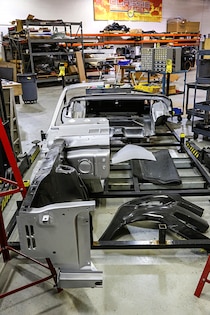 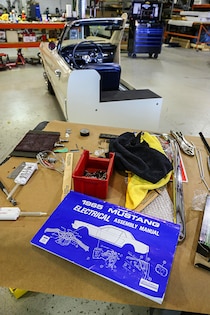 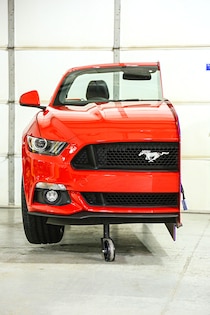