It’s Pronounced Mach Won! Check out this Vintage Ad for the 1970 Mustang Mach 1 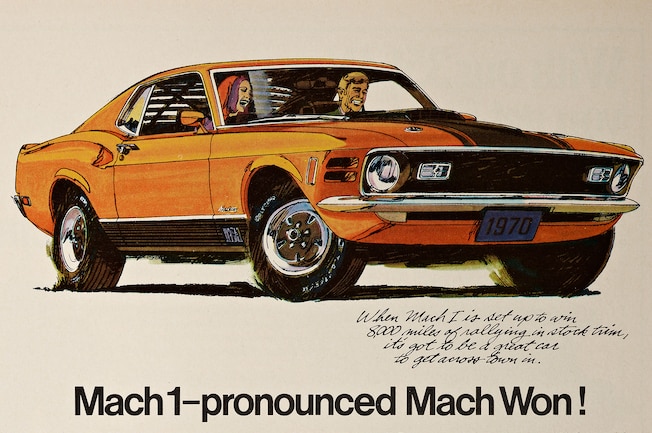 Occasionally, in the process of putting this column together and digging through old issues of all our magazines, as well as scouring the TEN photo archives, we run across advertisements that just hit the nail right on the head. This month we bring you a Ford ad we found for the new-for-1970 Mustang Mach I, which appeared in the April 1970 issue of Motor Trend.

“Mach Won—” just says it all, doesn’t it? The ad promoted the Mach 1 winning the 1969 SCCA Manufacturer’s Rally Championship, which encompassed 8,000 miles of rally racing, a true endurance test for any car. As it says, “Winning is a habit with Mach 1.”