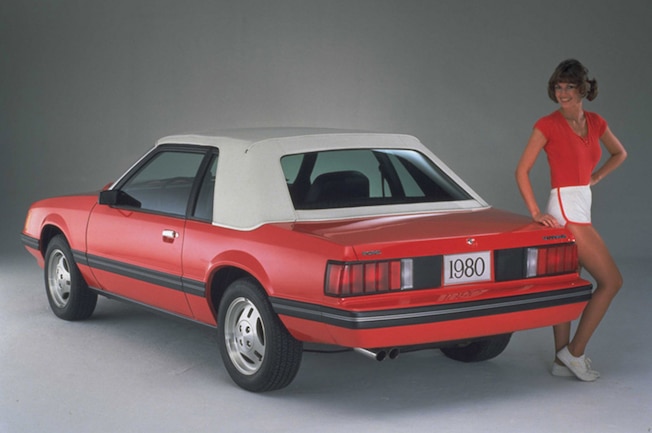 Overview: Legislation (SB 1239) has been reintroduced in the California Senate by Sen. Ted Gaines to exempt all motor vehicles prior to the 1981 model year from the emissions inspection requirement. Current law requires the lifetime testing of all 1976 and newer model-year vehicles. The bill will be considered in the Senate Transportation and Housing Committee.

No question about it, California is where custom car culture began. The California auto industry’s contribution to the state is major, creating employment for citizens and leading the world in automotive lifestyle and design.

It’s a little-known fact outside of SEMA member manufacturers that despite an exodus of industry in general from California, numerous automotive aftermarket companies still reside in the state. Just to mention a few: Hedman Hedders, Coker Tire, Classic Performance Products, Currie Enterprises, Edelbrock. The list extends to provision industries such as auto upholstery, paint and body shops, and machine shops. Increasing the pool of California’s fleet of collector vehicles eligible for a smog test exemption will ensure that these companies survive and keep Californians employed.

It is not only automotive enthusiasts who will benefit from SB 1239 becoming law. Sen. Robert Wieckowski, a Democrat from the 10th District known for his “Made in California Job Initiative,” says that expanding the cutoff date to include slightly newer cars would mean more jobs for Californians.

In 2004 California killed the 30-year rolling exemption and froze the year at 1975. We wonder if it ever occurred to CARB or EPA that a great alternative to demanding that obsolete emissions devices are in place would be to test the car and see if it will pass. As most enthusiasts know, modern ignition systems and aftermarket carb replacement fuel injection setups run cleaner.

We challenge CARB and the EPA to a winner-lives, loser-dies duel, where we’ll put any one of our modified vehicles up against a factory stock vehicle with its original-year-correct smog equipment and bet that our cars will produce less emissions, get better gas mileage, and blow their doors off. Here’s how you can help support SB 1239.

Fresh from Northern California’s 1st District via Sacramento, Sen. Ted Gaines’ bill SB 1239 is incredibly exciting news for Californians interested in pursuing the car hobby at entry level on the dollar scale. But you have to act now and request support from the Senate Transportation and Housing Committee by emailing each and every senator on this list and requesting their support. At the very least, please contact the senator listed for your district and ask for his or her support.

You may use the following points in your email message to express your view.

• SB 1239 recognizes the minimal impact of 1976 -1981 vehicles on emissions and air quality. They are almost always driven for weekend pleasure only. It is extremely rare to find a 35- to 40-year-old vehicle used as a commuter car.

• SB 1239 acknowledges that pre-1981 vehicles constitute a minuscule portion of the overall vehicle population and are a poor source from which to look for emissions reduction. Currently California emissions laws mandate that all 35- to 40-year-old vehicles leave 35- to 40-year-old smog device technology in place. Relieved of this burden, California owners of up to 1976 model-year vehicles typically install aftermarket upgrades that increase engine performance and reduce emissions.

• SB 1239 endorses the fact that pre-1981 vehicles are overwhelmingly well maintained and infrequently driven (a fraction of the annual miles a newer vehicle is driven).

• For years, legislators, regulators, and stationary source polluters have felt the heat from failed efforts to meet air quality goals and have looked to older cars as a convenient scapegoat, using false data and inflated annual mileage assumptions to further their case. SB 1239 helps validate the truth. The old car hobby should not continue to carry the burden of past mistakes.

Passing Sen. Ted Gaines’ SB 1239 into law is in the interest of all Californians who want to see job creation and expanded manufacturing in the state, and who want to preserve California’s contribution to automotive culture worldwide. Opening up four more model years for auto hobbyists to choose from and enjoy will have a tremendous and positive effect on California’s economy. Not to mention that enacting SB 1239 will preserve rust-free California cars for residents of the Rust Belt and Europe to ship home and restore.

Contact Lawmakers in the Senate Transportation and Housing Committee